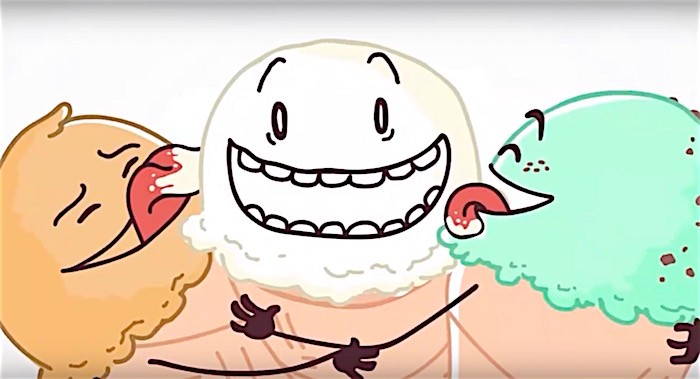 But his stance immediately weakens once he gets a quick lick of salted caramel, and then all hell breaks loose (literally, if you're a vanilla thinker) as they all jump into the bowl together and vanilla sees his true inner flavor.

Naomi Wolf’s formerly forthcoming book, “Outrages”, is about the emergence of homosexuality as a concept and its criminalization in 19th-century England. When review copies went out, though, a serious problem emerged for its claim that many gay men were sent to the gallows by Victorian judges: they were alive after their supposed executions. Wolf had […]

J.K. Rowling earlier declared wizarding headmaster Albus Dumbledore a gay man. Much discussion centered on why it wasn’t on the page or the screen. Once again, she highlights a sexual dimension to her characters that surely motivates them, yet—for reasons unexplained—remains unspoken and unseen. “So I’m less interested in the sexual side – though I […]

In a letter published online today, 56 of America’s largest corporations tell Donald Trump not roll back legal protections for transgender people, as he is threatening to do with the midterm U.S. elections one week away. What he appears to be trying to do, of course, is far more than that. Donald Trump says he […]