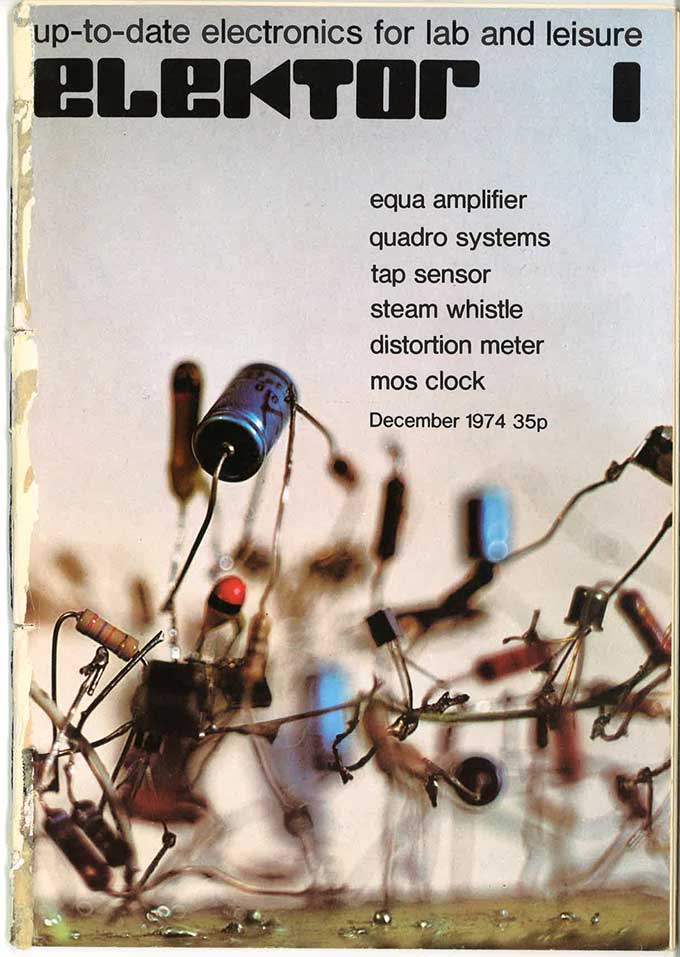 I'd not heard of Elektor magazine until today, when I came across this photo of the cover from a 1974 edition. I assumed it was fake. Everything about it seemed like it was created this year - the typeface, the names of the projects, the tagline ("up-to-date electronics for lab and leisure"). Someone has uploaded the issue in PDF format.

Such a groovy magazine!

Elektor is still around, but the design is vastly different:

Elektor is a monthly magazine about all aspects of electronics, first published as Elektuur in the Netherlands in 1960, and now published worldwide in many languages including English, German, Dutch, French, Greek, Spanish, Swedish, Portuguese (European and Brazilian) and Italian with distribution in over 50 countries. The English language edition of Elektor was launched in 1975 and is read worldwide.

Elektor publishes a vast range of electronic projects, background articles and designs aimed at engineers, enthusiasts, students and professionals. To help readers build featured projects, Elektor also offer PCBs (printed circuit boards) of many of their designs, as well as kits and modules. If the project employs a microcontroller and/or PC software, as is now often the case, Elektor normally supply the source code and files free of charge via their website. Most PCB artwork is also available from their website.