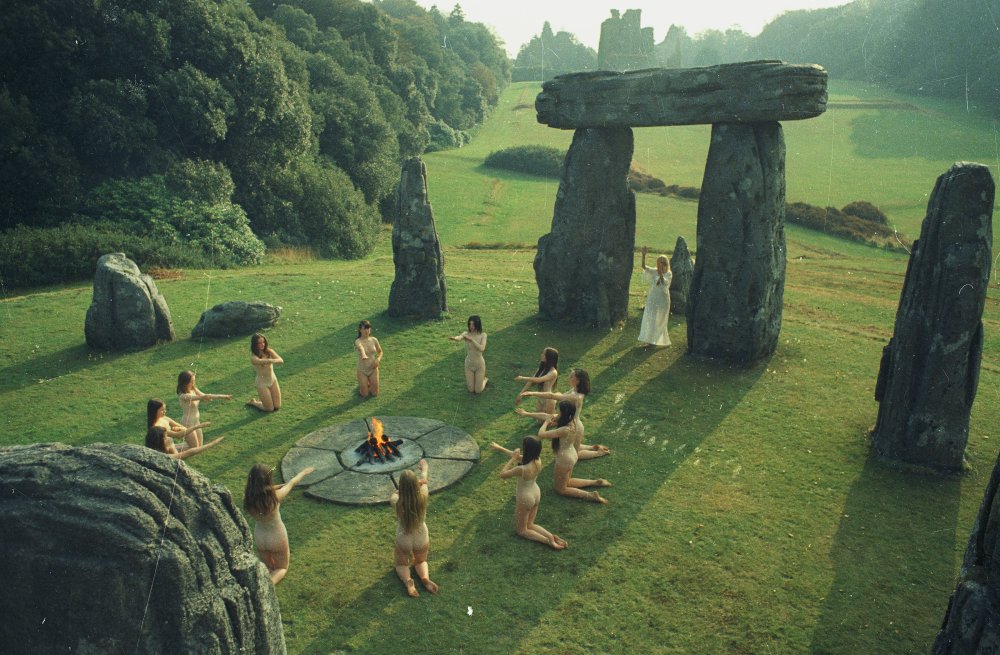 Brexit is not the cause of Britain's renewed interest in its weird folk heritage, in the joys of cults and pagan sex. But the sudden veering into that world's darker side, where violence and groupthink and human sacrifice rule, seems guided by its anguish and sickly glee. Here's Michael Newton on the new flowering of folk horror.

Folk horror, which is the subject of a new season at the Barbican, presents the dark dreams Britain has of itself. The films pick up on folk’s association with the tribal and the rooted. And our tribe turns out to be a savage one: the countryside harbours forgotten cruelties, with the old ways untouched by modernity and marked by half-remembered rituals. ...

They may lurch into the ludicrous, but with surprising earnestness these films nonetheless play out a three-way philosophical debate: between enlightened rationalism, orthodox Christianity and renewed paganism. Sex is at the heart of this debate: just as these films both adore and recoil from natural beauty, so human loveliness entrances and repels them.

The anxiety comes from an unsettled telepathic quality of exurban British life, where eccentricity is adored so long as privacy is abdicated, and the heightened empathy of the village lurches to the crowd's destruction of individuals. Newton notes that a key theme of British folk horror is that the supernatural is never so vulgar as to show itself: the darkness is in people. And by the time you get to see it, you are thrillingly both participant and victim: "The pagan rite we are witnessing is the film itself."