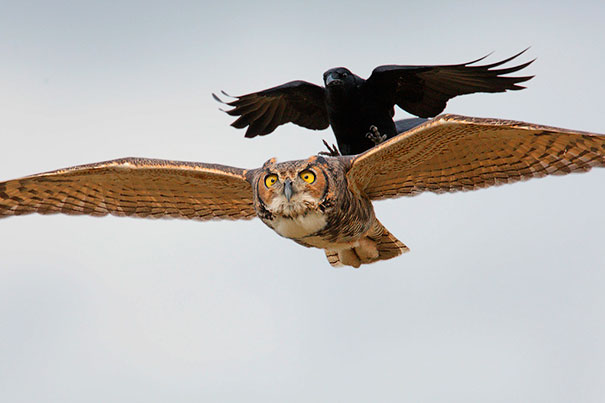 Crows are smart, and they can be kind of jerks sometimes. To wit: this series of crows perched or riding on top of other birds. Their victims range from indifferent to grumpy.

• Corvids Are The Biggest Baddasses In The Animal Kingdom (thanks, Marija Bernatonyte)