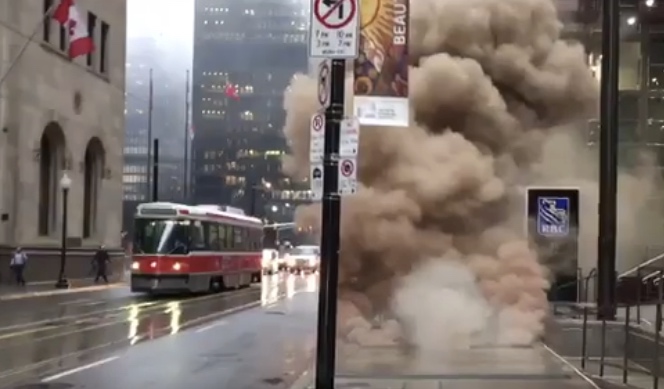 Mike Armstrong had just walked over a grate in downtown Toronto when this happened:

.@CBCNews I swear in this one.
This was 20 seconds after first explosion. I had just walked across those grates. pic.twitter.com/MoJj4Aa10w