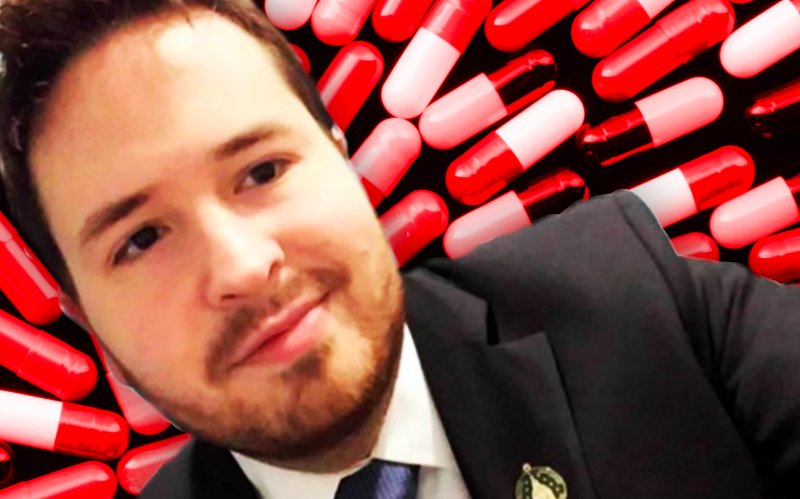 A GOP lawmaker swears he's not the notorious internet misogynist who said this...

GOP rep Robert Fisher denies still being involved with The Red Pill, but the results of an investigation published today by The Daily Beast suggests he may still be posting hateful misogynistic comments under a new sockpuppet alias. “Every woman I know has a rape or attempted rape story… But on the other side I don’t know a single man who is interested in raping women,” he once wrote. Trigger warning for sexual assault survivors, there's a lot of discussion of rape in this story.

From the stunning Daily Beast piece:

In December 2016, redpillschool conducted an exhaustive three-part “thought experiment” called “All Women Lie About Rape.” He claimed the title was facetious, and pointed out that rape was a real crime, explaining the purpose of the series was to propose whether rape statistics propagated in the media matched observed reality. “Every woman I know has a rape or attempted rape story… But on the other side I don’t know a single man who is interested in raping women,” he wrote.

While he knew of no men harboring the desire to rape someone, redpillschool often pointed out that feminists, on the other hand, are obsessed with the concept. “Feminists are obsessed with rape because we live in a rape fantasy culture, where feminists wish they were hot enough to be rape-able,” he wrote in April 2014. “

“Every woman wants to be attractive enough to be raped. It's like the pinnacle of male desire, when he can't stop no matter what.”

And marital rape—a crime in all 50 states—shouldn’t exist as a concept in his view. “If a woman does not wish to submit to her husband she should not marry him. The contract of marriage is the verbal and written consent for sex," he wrote in 2013.

For redpillschool, suspicion of women’s sexaul assault claims is a political ideology as well.   After a 2005 recording of Donald Trump showed the Republican candidate bragging about sexually assaulting women—“just start kissing [women]...I don’t even wait. And when you’re a star, they let you do it. You can do anything. Grab them by the pussy. You can do anything.”—several women came forward, joining a group of other accusers, to allege Trump had assaulted them in the past. On The Red Pill, redpillschool wrote a lengthy post entitled, “‘Sexual Assault’ is why I’m Endorsing Donald Trump for President of the United States.” If redpillschool is indeed Robert Fisher, as the email trail indicates it is, this would have coincided with his run for a second term.

If you're not familiar with this Reddit hellhole, or want to know more about how they figured out it's the same low-life Rethuglican, you'll really want to read this whole Daily Beast piece.

[via, image via Daily Beast]