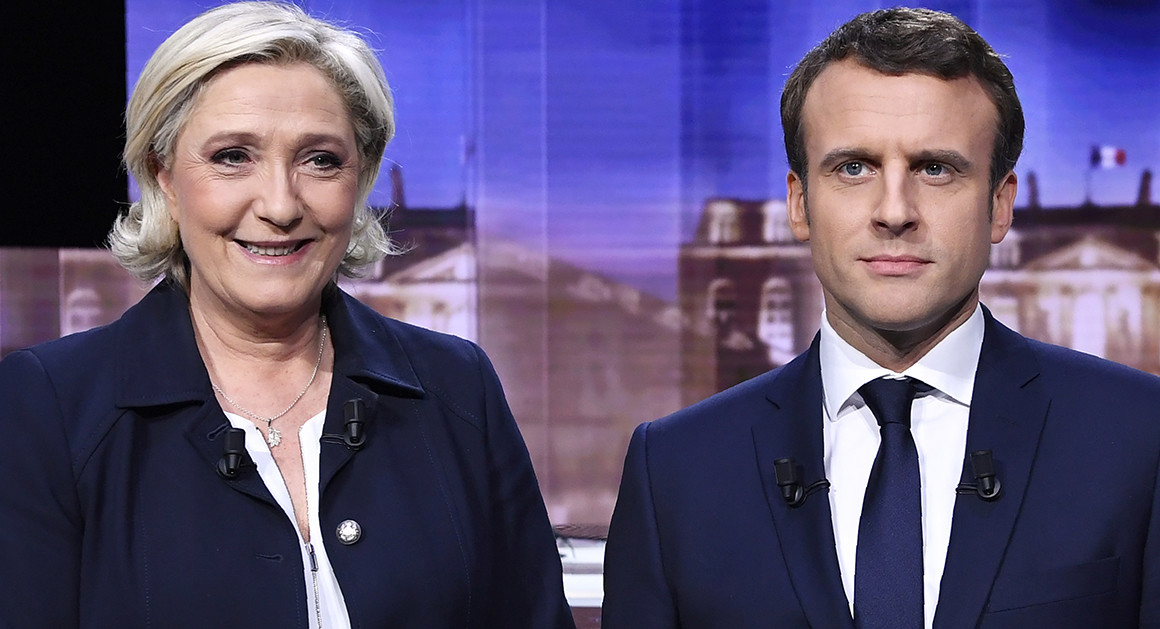 Putin got your tongue? President Donald Trump's history of remarks on U.S. election hacking makes his current silence on the France election cyberattacks very strange. Russia is suspected of being behind those recent hacking attacks, which appeared to be directed at helping the fascist, hardcore right-wing candidate Marine Le Pen win. Despite open support from Donald Trump and others aligned with the U.S. President, Le Pen lost to the more moderate candidate, Emmanuel Macron.

“The White House’s failure to mention the attack on one of America’s oldest allies has worried Democrats, cyber policy specialists and former White House officials who say the omission reveals a troubling inability to call out Russia over its digital aggression,” reports Politico's Eric Geller.

In the hack — which some researchers have linked to Russian intelligence — tens of thousands of internal documents and emails appeared online late Friday after being pilfered from the political party of centrist candidate Emmanuel Macron. The dump came less than two days before Macron’s resounding victory on Sunday.

The White House’s lack of comment on the incident comes just over a week after President Donald Trump publicly renewed his own skepticism about Russia’s role in the hacking of Democratic Party emails during the U.S. presidential race, despite the U.S. intelligence community’s forceful conclusion that senior Kremlin officials personally orchestrated the campaign with the aim of undermining Hillary Clinton.

“The silence is just a sign of how unprepared we are to deal with these things,” said James Lewis, a cyber expert at the Center for Strategic and International Studies.

After Macron’s victory, the White House issued a congratulatory statement from press secretary Sean Spicer that made no mention of the email hack. Trump’s tweet congratulating Macron on his “big win” likewise ignored the hack. Trump later spoke with Macron by phone, but a readout of the call didn’t mention the cyberattack.

White House spokespeople did not respond to emails asking whether the administration would denounce the apparent Russian operation.

I'm sure it's nothing.