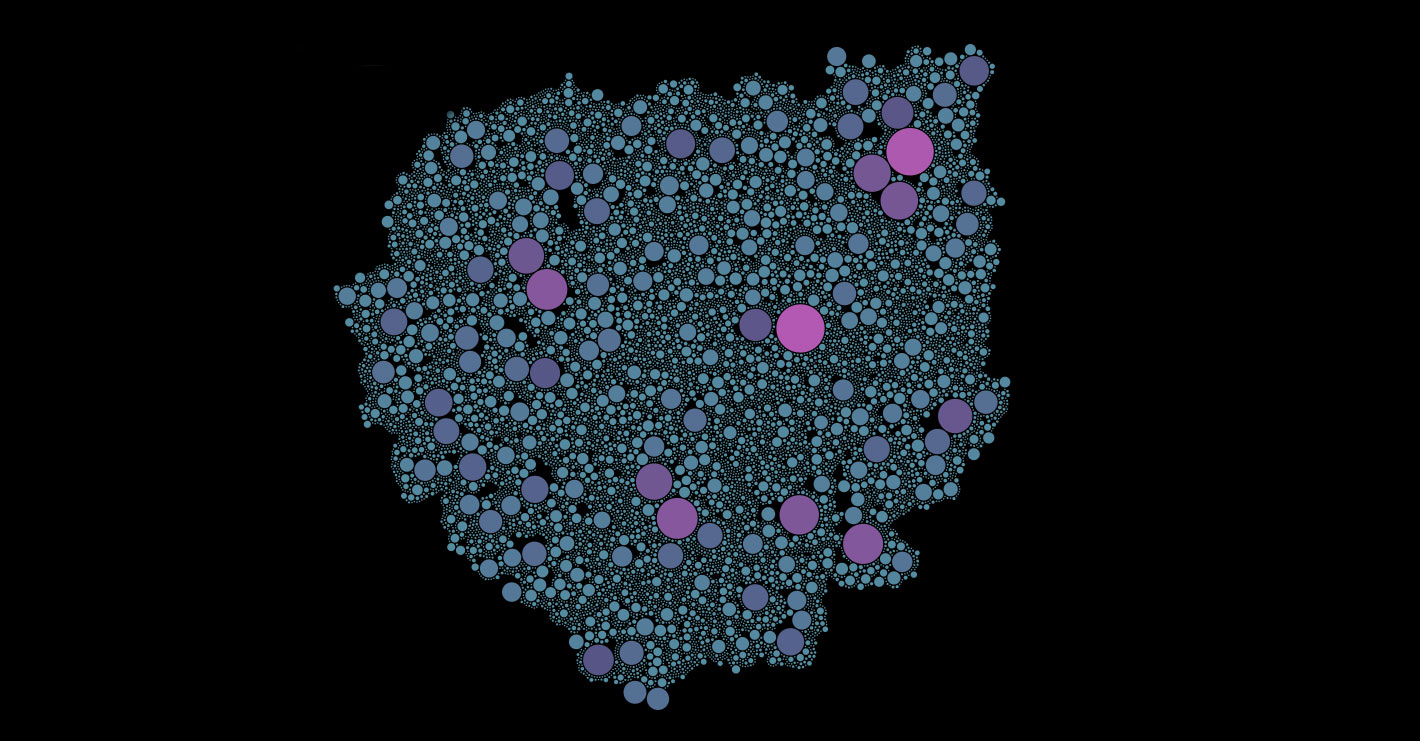 Every bubble of Dognames represents a particular name. Max and Bella lead, followed by Charlie, Coco, and Rocky, and Buddy and Lucky, and so on. [via]