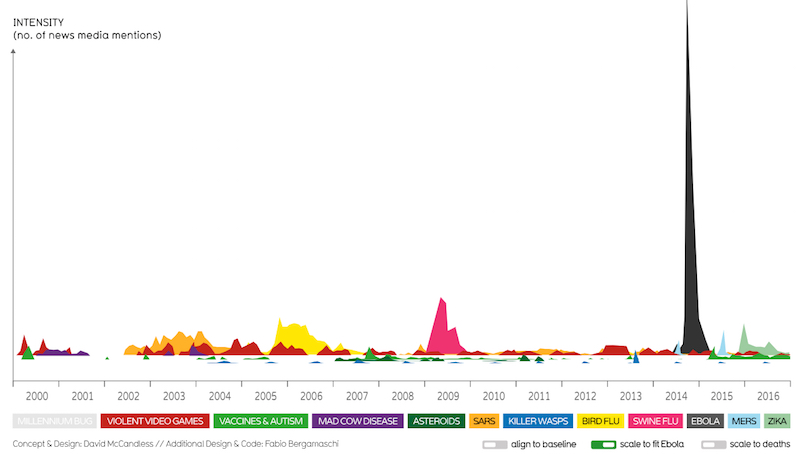 Just how overblown was the media panic over ebola? This interactive chart compares media coverage of a dozen health scares, from mad cow disease to zika.

The original version of this chart appeared ten years ago, and this cool update has all the new health scares in addition to being interactive:

Roll over categories to reveal media scares & accompanying headlines. Scale to the ebola spike or number of deaths by hitting the switches.

If the "violent video games" panic seemed excessive, it was nothing compared to the media's ebola fever. The real danger was in fact swine flu when the data is scaled to the number of actual deaths.

• Mountains out of molehills: a timeline of media-inflamed fears (Information is Beautiful)