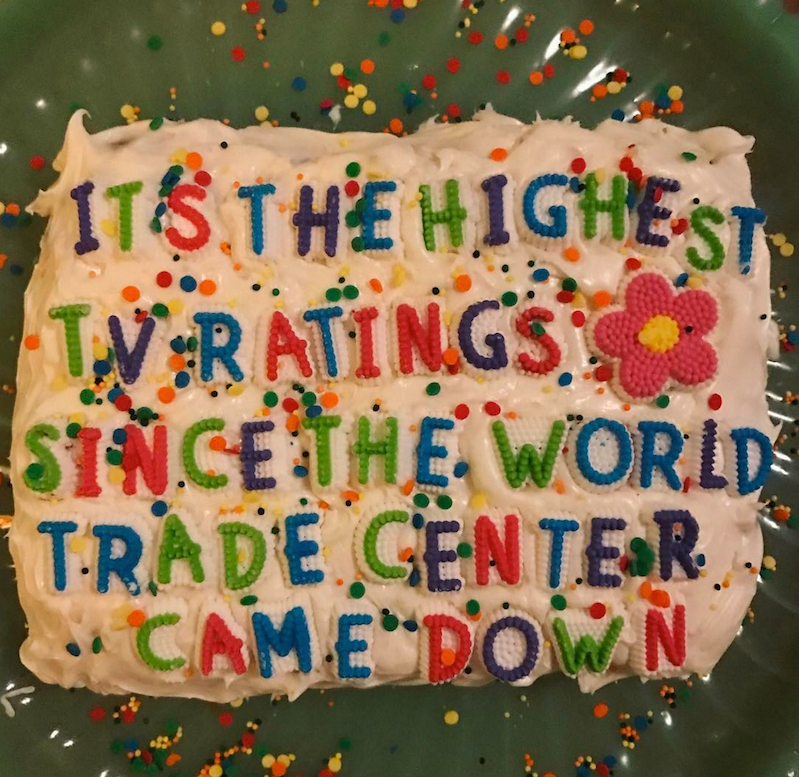 Talk about just desserts! Troll Cakes will turn a hater's online comment into a tasty cake and mail it to said hater. Above, one they made of a classic Trump troll.

It's easy, according to owner Kat Thek:

3. And then box it up and mail it to whoever said it. The box includes a copy of their original comment.