Mother Jones is raising $500,000 to do their own investigation of Trump Russia ties 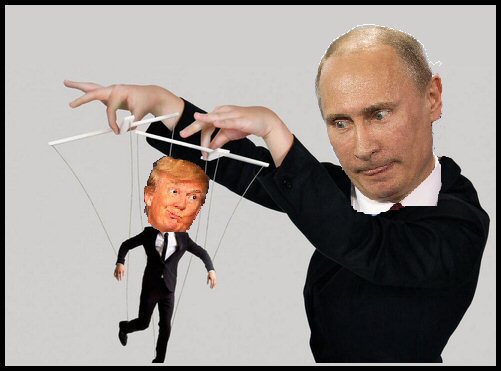 Mother Jones is taking donations "to get to the truth on the Trump team's connections to Russia." The magazine plans on raising $500,000 through a crowdfunding campaign "to make sure truth prevails over power."

According to Mother Jones:

To be clear: We can't, and shouldn't, assume that where there's smoke, there's fire. But at this point, that doesn't matter. What Trump or any of his associates did in 2016 may or may not have been a scandal, but blocking the public from finding out most definitely is. Trump may turn out to have overreached with the Comey firing, prompting the kind of independent inquiry he was so desperate to avoid. But it's evident that Republicans on Capitol Hill—terrified of what such a probe would do to their agenda and their electoral prospects—will do everything they can to avoid going there.

That means it's up to the public—all of us—to make sure truth prevails over power. There are many ways of doing that, from showing up at town halls to calmly reasoning with friends or relatives. For us, as journalists, the call to action is an especially urgent one: We need to deploy every skill we've learned, from shoe-leather reporting to data dives. We need to go deep, stick with the story no matter where it leads, and resist getting tangled in conventional wisdom or distracted by sideshows.

The campaign just started and they've already received a $200,000 grant from the Glaser Progress Foundation, who will donate an additional $50,000 once Mother Jones reaches their goal.

Mother Jones admits that this digging up this story – if there is one – will be a time-consuming task. "It's going to require going down a lot of rabbit holes and spending quality time with stacks of documents—day after day, month after month. So please help send us down those rabbit holes."