See you this afternoon, San Diego! (then Portland, Seattle, Bellingham...) (!) 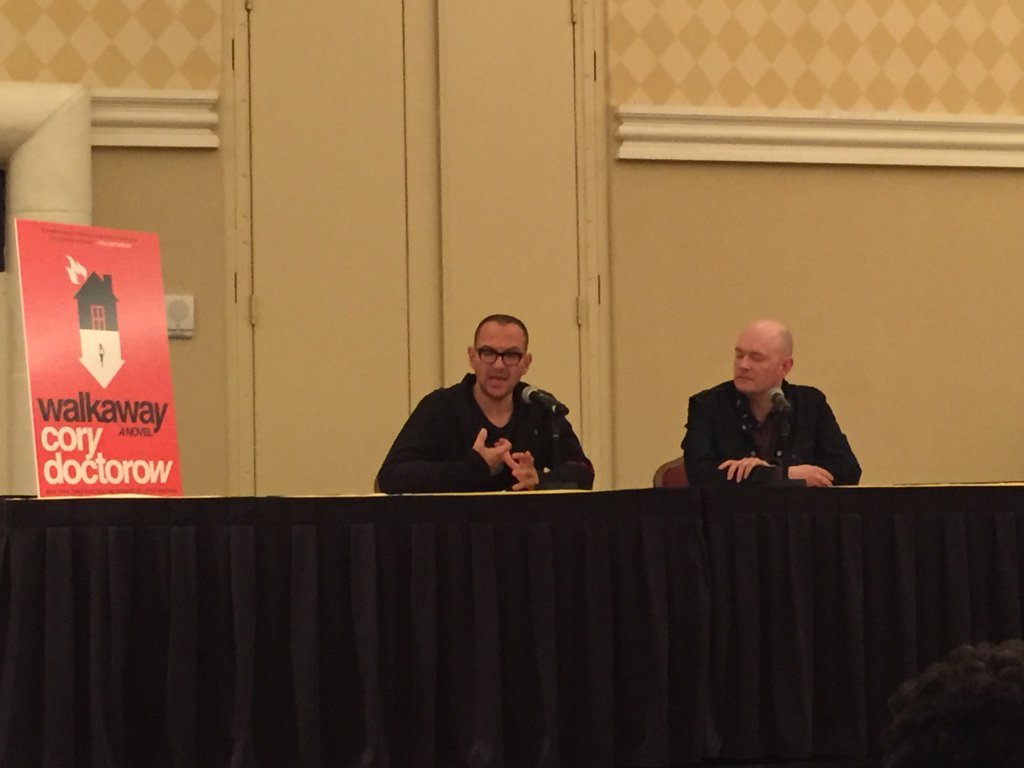 We had a great Walkaway tour stop last night in Scottsdale, AZ, and now I'm headed to San Diego to help the legendary Mysterious Galaxy store celebrate its birthday, closing out a fantastic day of speakers, readers and signings at 4PM.

Tomorrow, I'll be in Portland, OR, with Andy "Waxy" Baio, speaking at Powell's City of Books, and on Monday you can catch me on-stage with Neal Stephenson at Seattle's Neptune Theater.

From there, I'll head to Bellingham, WA, then Vancouver, then Burbank (here's the US/Canadian tour schedule), before I fly to the UK for stops in Cambridge, London, Liverpool, Birmingham, and Hay-on-Wye!

I can't wait to see you there!