As Trump adviser, Flynn stopped a military plan Turkey opposed after being paid $500K as its agent 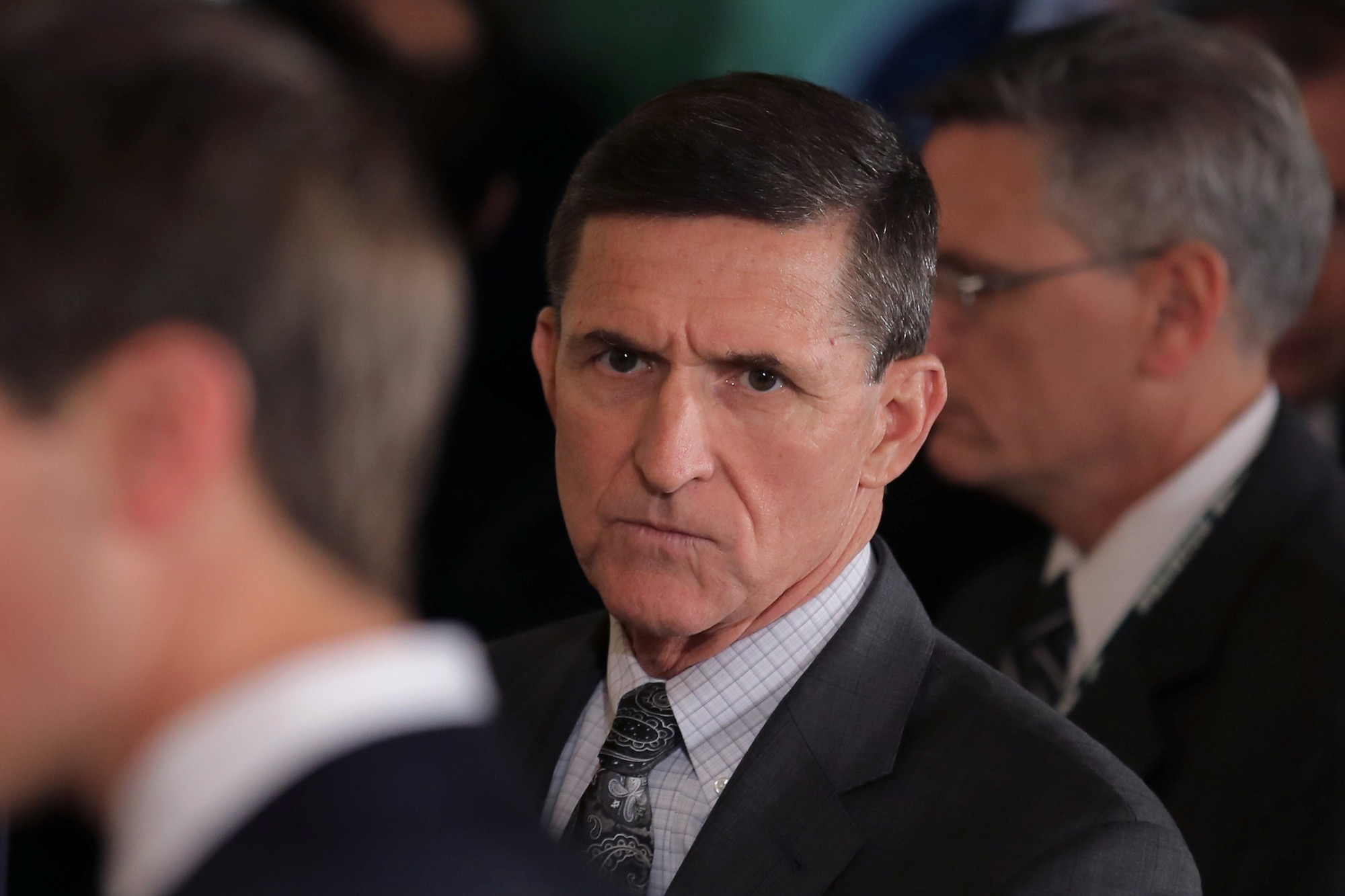 As Donald Trump's national security adviser, one of the first moves Michael Flynn made was aligned precisely with the wishes of Turkey. But Flynn had a secret. He'd been paid half a million dollars to represent the interests of the Turkish government. And team Trump knew.

Trump eventually would approve a plan to attack the Islamic State stronghold in Raqqa, but not until weeks after Flynn had been fired under a cloud of suspicion regarding his ties to Russia and Turkey.

From the McClatchy report tonight, news that some members of Congress are now privately using the word “treason” to describe Flynn’s Turkey-flavored intervention into U.S. military policy on ISIS:

One of the Trump administration’s first decisions about the fight against the Islamic State was made by Michael Flynn weeks before he was fired – and it conformed to the wishes of Turkey, whose interests, unbeknownst to anyone in Washington, he’d been paid more than $500,000 to represent.

The decision came 10 days before Donald Trump had been sworn in as president, in a conversation with President Barack Obama’s national security adviser, Susan Rice, who had explained the Pentagon’s plan to retake the Islamic State’s de facto capital of Raqqa with Syrian Kurdish forces whom the Pentagon considered the U.S.’s most effective military partners. Obama’s national security team had decided to ask for Trump’s sign-off, since the plan would all but certainly be executed after Trump had become president.

Flynn didn’t hesitate. According to timelines distributed by members of Congress in the weeks since, Flynn told Rice to hold off, a move that would delay the military operation for months.

If Flynn explained his answer, that’s not recorded, and it’s not known whether he consulted anyone else on the transition team before rendering his verdict. But his position was consistent with the wishes of Turkey, which had long opposed the United States partnering with the Kurdish forces – and which was his undeclared client.

On 3/9, Fox asked Pence about Flynn filing w/DOJ as a foreign agent re Turkey. Pence: "hearing that story today was the first I heard of it" https://t.co/xSCBD8XoR2

1/4—McGahn was told about Flynn/Turkey, per NYT

3/9—Pence (who ran the transition); note what he says 2x—unprompted pic.twitter.com/T9eV4sAX0W

After receiving $500,000 from Turkey, Michael Flynn intervened to stop an operation against ISIS that Turkey opposed https://t.co/8hrrrzWcsR

Related news tonight, the Trump team knew Flynn was under federal investigation for his strange ties to Turkey and Russia when Trump named him national security adviser.