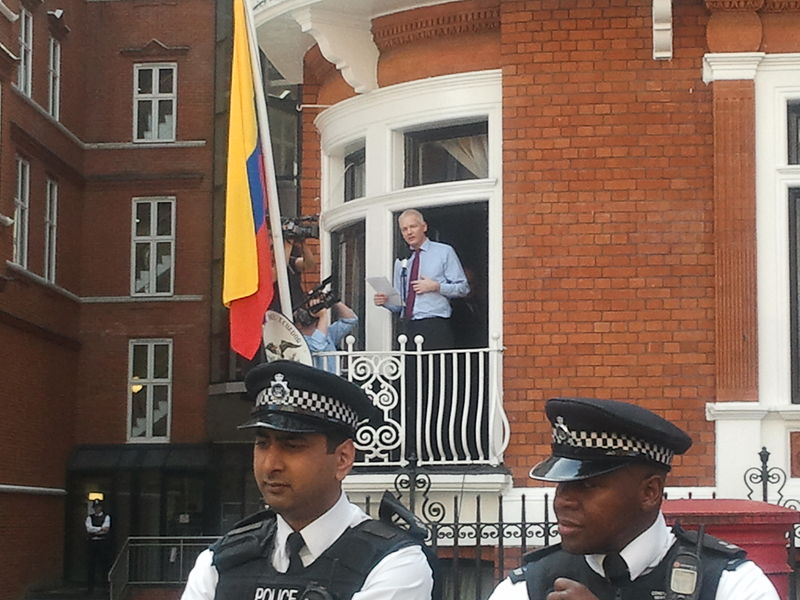 Sweden's top prosecutor announced Friday that it is dropping its rape investigation of Julian Assange, the founder of Wikileaks, because it was "impossible to serve him notice."

Assange has been hiding in Ecuador's embassy in London for five years to avoid extradition to Sweden, but he's still wanted by British cops for skipping court and they already warned him they'll arrest him if he leaves the building.

The Metropolitan Police Service (MPS) said Mr Assange still faced the lesser charge of failing to surrender to a court, an offence punishable by up to a year in prison or a fine. But the UK has not commented on whether it has received an extradition request from the US, where Mr Assange could face trial over the leaking of hundreds of thousands of secret US military and diplomatic documents.

Assange said he'd submit to extradition to the U.S. if Chelsea Manning, a key Wikileaks source, was released—an offer he later made contingent upon cutting his own deal with U.S. authorities. Manning was released this week.