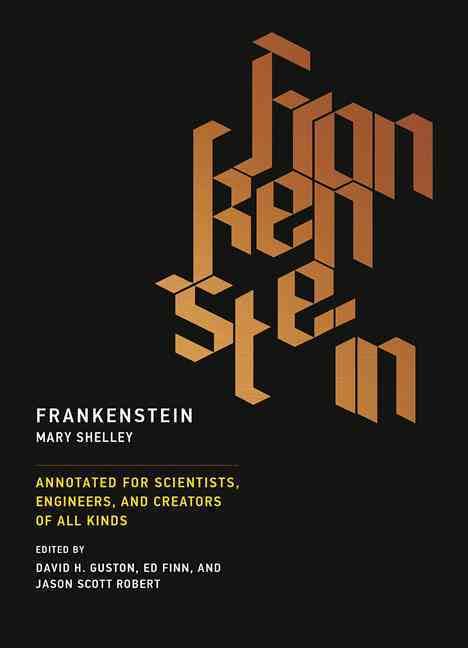 Frankenstein: Annotated for Scientists, Engineers, and Creators of All Kinds is a new MIT Press book commemorating the bicentennial of the publication of Mary Shelley's seminal novel "Frankenstein; or, The Modern Prometheus."

I was honored to be asked to contribute an essay to the edition, which they titled I’ve Created a Monster! And so can you. It's a look at how Shelley's book illustrates the relationship of science fiction to the present (it reflects back our hopes and fears) and the future (those hopes and fears shape what we do).


The anthology is part of a year of events at ASU's Center for Science and the Imagination.

I’m a Facebook vegan. I won’t even use WhatsApp or Instagram because they’re owned by Facebook. That means I basically never get invited to parties; I can’t keep up with what’s going on in my daughter’s school; I can’t find my old school friends or participate in the online memorials when one of them dies. Unless everyone you know chooses along with you not to use Facebook, being a Facebook vegan is hard. But it also lets you see the casino for what it is and make a more informed choice about what technologies you depend on.

In 1989, the Berlin Wall fell, and the end of the ironically named German Democratic Republic was at hand. The GDR, often called East Germany, was one of the most spied-upon countries in the history of the world. The Stasi, its secret police force, were synonymous with totalitarian control, and their name struck terror wherever it was whispered.

The Stasi employed one snitch for every 60 people in the GDR: an army to surveil a nation.

Today, the U.S. National Security Agency has the entire world under surveillance more totally than the Stasi ever dreamed of. It has one employee for every 20,000 people it spies on—not counting the contractors.

I’ve Created a Monster!
And so can you. [Cory Doctorow/Slate]