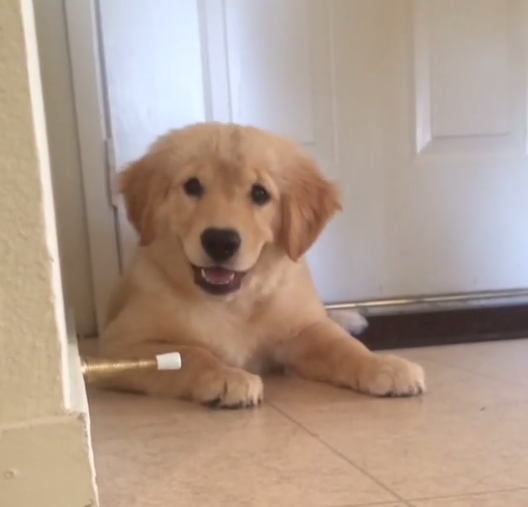 Alert, there is a DOORSTOP in this house! Tag a friend 😂 By @goldenleia

Puppy gets a brushy brushy

Look at his little back leg twitch with delight.