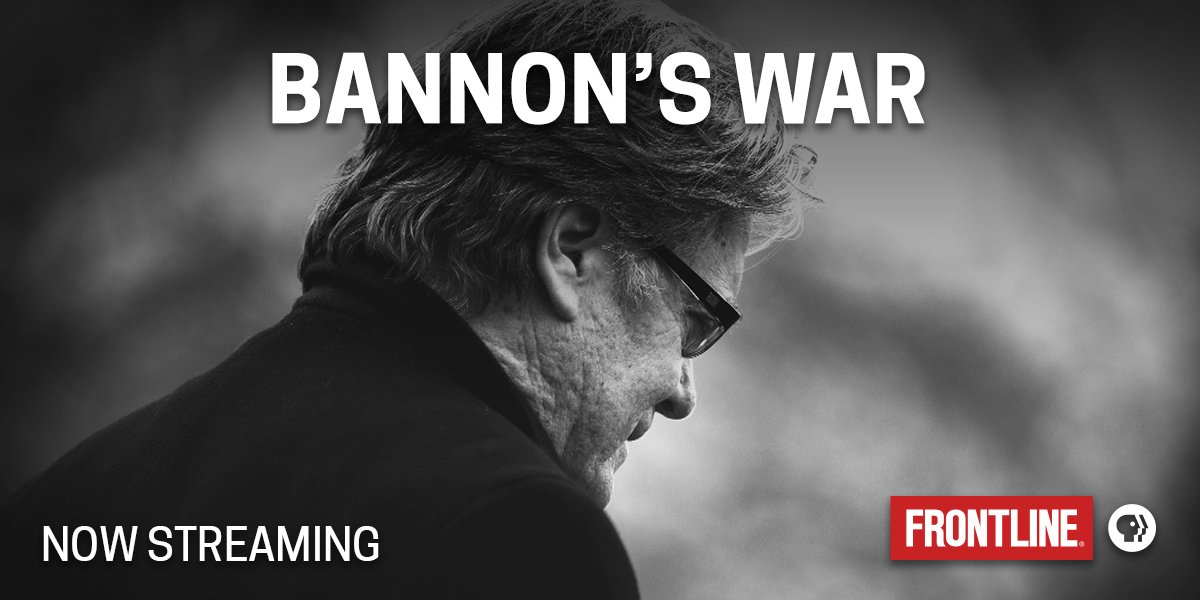 With the White House in turmoil, Bannon remains by Trump's side. #frontlinePBS pic.twitter.com/TfGt5Rr5Hg

On his 100th day in office, Trump headed out of D.C. to hold a campaign-style rally in Harrisburg, PA. Bannon was by his side. #frontlinePBS pic.twitter.com/Wy2bcUlfRa

As Bannon's profile grew — with a @TIME magazine cover & @nbcsnl sketches — it made him more vulnerable. #frontlinePBS pic.twitter.com/yWgM6aupFw

At the end of February, Bannon made a rare public outing at CPAC & talked about "deconstruction of the administrative state." #frontlinePBS

Bannon encouraged Trump to hold rallies across the country, delivering the nationalist message Bannon had honed for years. #frontlinePBS pic.twitter.com/c4DTWcy62V