Bell, book, and emoji, bewitching emoticons for your phone 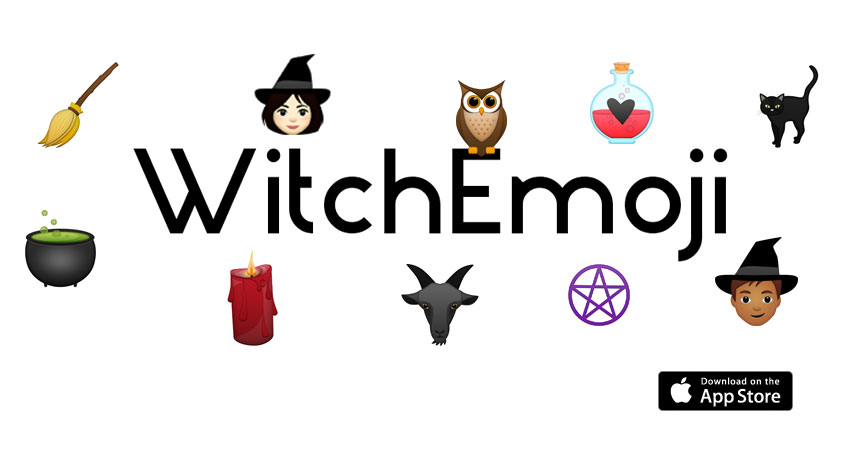 My favorite witch, Pam Grossman, editor of the phantastic art and occult blog, Phantasmaphile, and author of What is a Witch, has recently released WitchEmoji, a new messaging sticker pack for iPhone.

The set offers 80 stickers in all, including the typical tools of spellcraft, symbols and sigils, and male and female witches of various skin tones. Pam created the set, with the help of icon illustrator Julia Heffernan, because she wanted to invoke more witchy symbolism in her mobile missives and there weren't many existing stickers that fit the bill.

The response to the set has been extremely positive and Pam says she'd like to expand to Android and elsewhere. Given the success of the Apple set, I imagine we'll be seeing emoji-based spellcasting coming to other phones sooner than later.

My friend Peg Kay Aloi, a modern practicing witch, has two articles out on the “Chilling Adventures of Sabrina.” In the first one, on Arts Fuse, she reviews the third season of the show and discusses the importance of the season’s plot arc (spoilers aplenty). Also at the end of Season Two, Sabrina’s Aunt Zelda […]