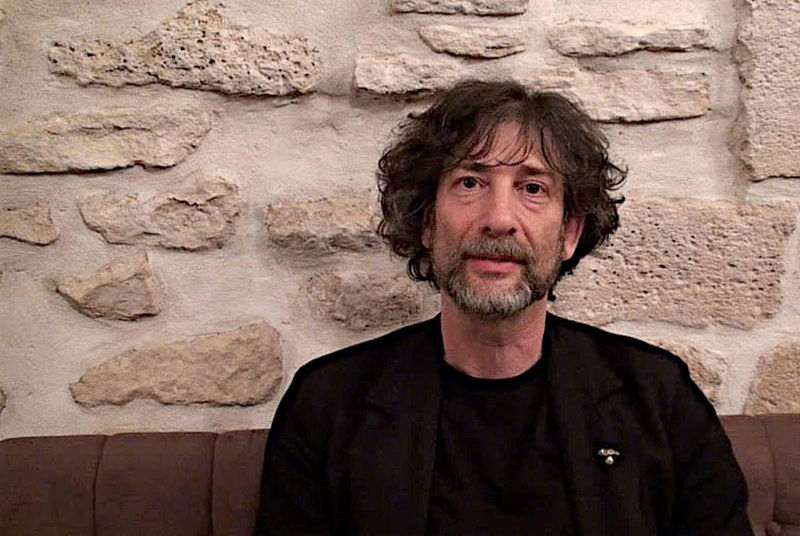 Neil Gaiman has just agreed to do a dramatic reading of the Cheesecake Factory menu, which is nearly the size of a Bible. But there's a catch – the Coraline author will only do the reading if $500,000 has been raised for a charity of his choice, which happens to be the United Nations Refugee Agency.

It all started with a tweet from comedian and author Sara Benincasa:

"Dear @neilhimself: for $500K to the charity of your choice would you read the Cheesecake Factory menu in its entirety onstage pls advise."

To which Gaiman replied a few hours later:

I have said Yes. If she makes it happen, for charity, I will do this thing.

According to Los Angeles Times:

Benincasa told Eater that her tweet was inspired in part by watching the television adaptation of one of Gaiman's most famous books.

“Last week I watched an episode of the sublime TV adaptation of ‘American Gods,’ went on a goddamn elegant date to Cheesecake, woke up, drank coffee, and went into some kind of inspiration blackout. When I came to, I discovered I'd asked Neil if he'd read the entire Cheesecake Factory menu onstage in exchange for a $500,000 donation to a charity of his choice.”

"If we hit $500K, Neil has kindly agreed to do a live reading of the greatest restaurant menu of all time. It's about 8000 pages, last time I checked," Benincasa wrote on the site. "Have you heard Neil's voice? Mellifluous, I tell you."

So if you want to hear all about the Glamburgers, Skinnylicious victuals, cheesecakes galore, and the millions of other Factory menu items read in Gaiman's "mellifluous" voice, you can chip in at Crowdrise to make it happen.

As a rule, I’ll watch pretty much anything with Ian McShane in it, from Lovejoy to Deadwood to Game of Thrones. American Gods? It’s definitely on the list. I can’t wait to see what Season 2 has in store… but I’m worried. With the exit of a number of key players that made the first […]