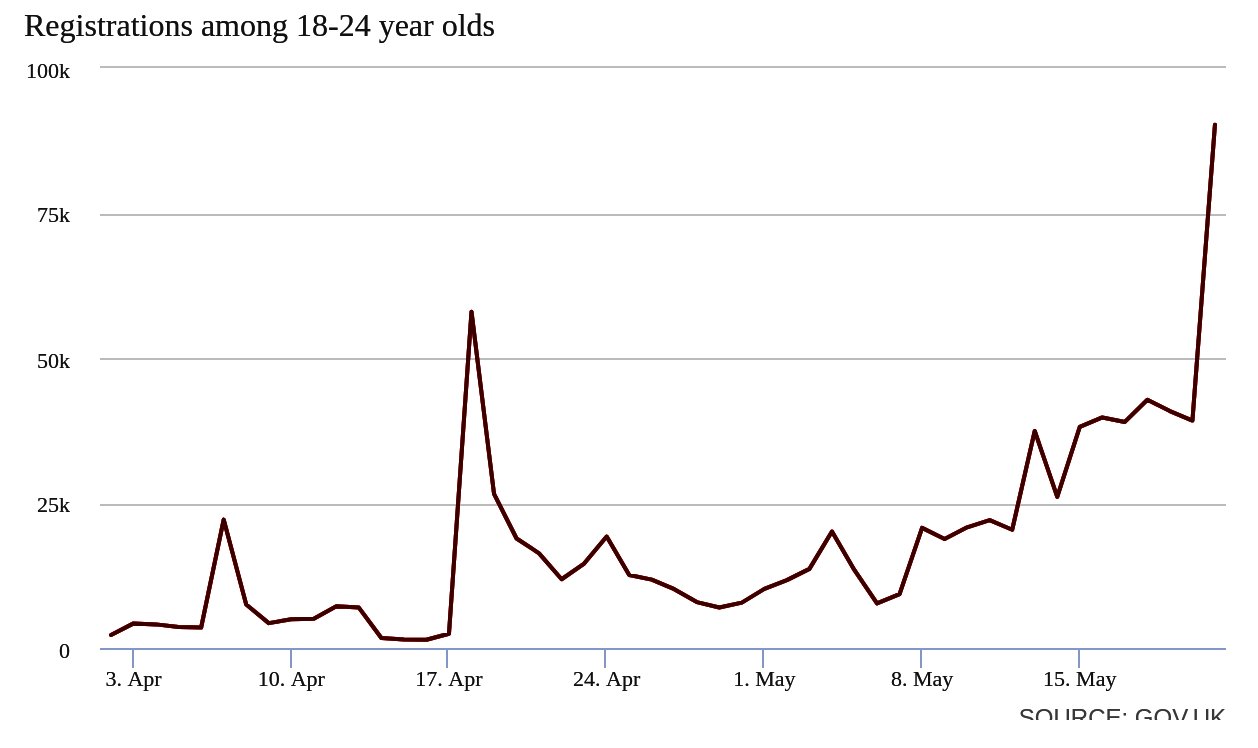 ...and they're likely to vote for the "unelectable" Jeremy Corbyn, a guy significantly to the left of, say, Bernie Sanders, who has survived multiple attempts by the finance-capital wing of his own party to unseat him, and who is riding on a national wave of disillusionment with Thatherism, Neo-Thatcherism, and May-Thatcherism.

I just sent £100 each to Momentum and Jeremy for Labour.

Speaking this morning Mr Corbyn accused the Conservatives of having "held students back for too long" by helping to treble tuition fees to more than £9,000 a year, claiming Labour wants to "lift this cloud of debt" by making it free for people to study at university in England.

His party is seeking to tap into the student vote, including those 18-year-olds sitting their A-levels and about to start university, as it bids to secure power at the General Election.

Commenting on the latest registration figures, Professor John Curtice, a political scientist at the University of Strathclyde, told The Independent: "It is disproportionately younger people [who have applied to appear on the register], but you have to realise that it's disproportionately younger people who are most likely to be missed off the register in the first place.

Boost for Jeremy Corbyn as 90,000 young people register to vote in just one day
[Laura Hughes/Telegraph]