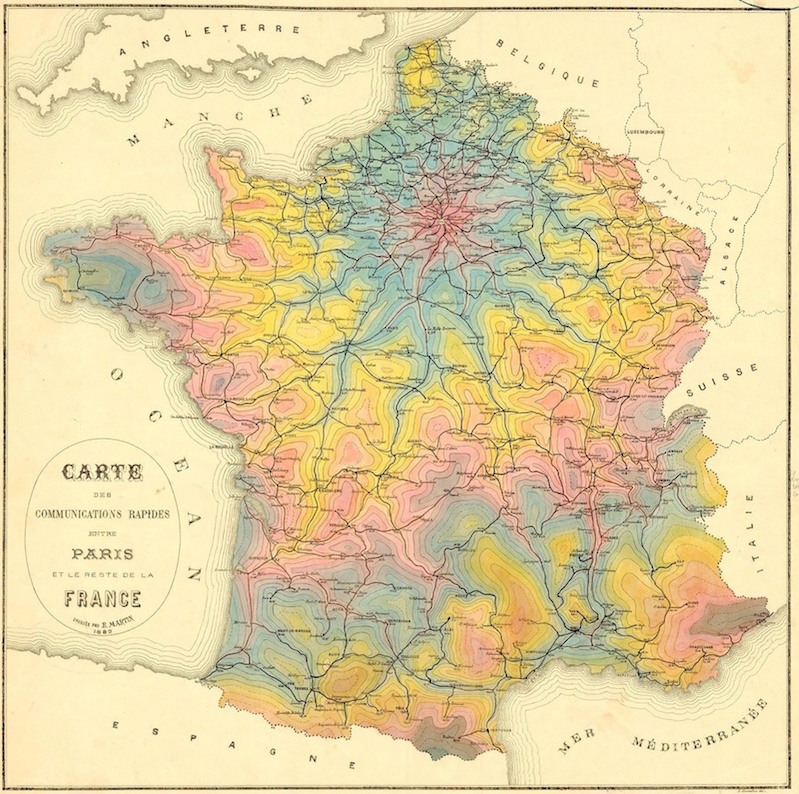 In the late 19th century, travel times became a thing of fascination as modes of transportation improved by leaps and bounds (e.g., Around the World in 80 Days, published in 1873). Great thinkers of the day like Francis Galton even devised isochrone maps, which showed how long it would take to get from a central point to other points of interest.

Via Cara Giaimo at Atlas Obscura:

Now compare it to Bartholomew’s 1914 update, below, which shows a rapid improvement in travel times, at least in certain places—parts of Japan are now accessible within 20 days, and the pink-colored “five to ten days” category, which previously barely stretched to New York, now goes all the way past Chicago. (The big difference, as Simon Willis explains in The Economist, is the sudden proliferation of railroads.)

• Traveling Back in Time With Colorful Isochrone Maps (Atlas Obscura)