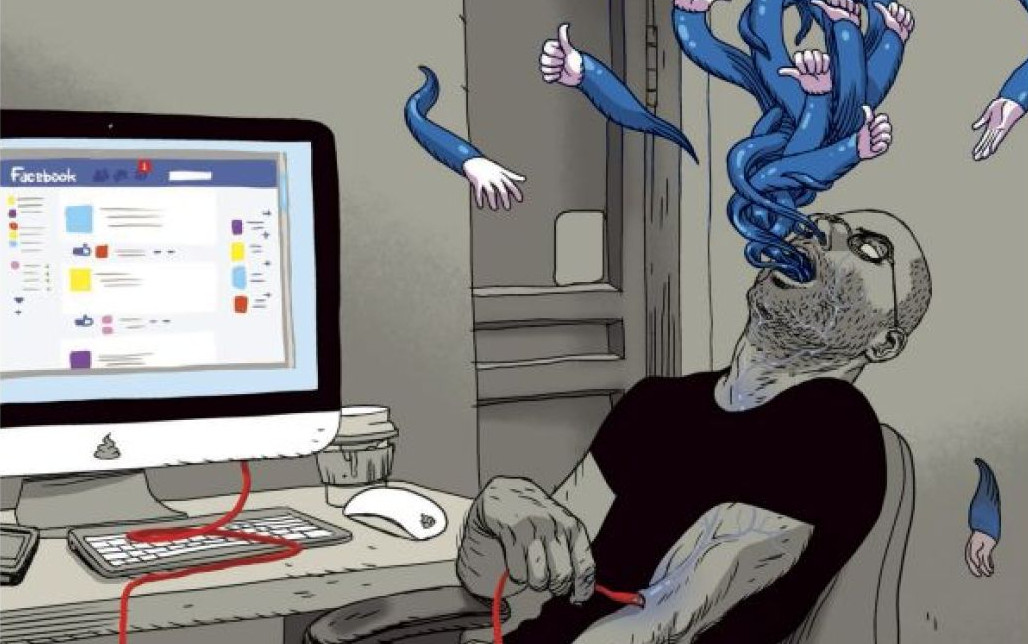 Asaf Hanuka is a celebrated Israeli cartoonist whose astonishing, surreal illustrations serve as counterpoint to sweet (sometimes too-sweet) depictions of his family life, his complicated existence as a member of a visible minority in Israel, the fear he and his family live with, and his own pleasures and secret shames -- a heady, confessional, autobiographical brew that has just been collected into The Realist: Plug and Play, the second volume of Hanuka's comics.

Hanuka is a Mizrahi Jew -- a member of an ethnic minority of Arab-passing, Middle-Eastern-descended, Jewish-identifying Jews who have a fraught relationship with the Israeli Euro-Ashkenazi majority and the other minority groups, such as the Iberian/North African Sephardim.


Married to a (rather long-suffering and good-humored) Ashkenazi woman, Hanuka is the father of two small children, whose high spirits, mischievous antics, and pure, innocent Id make up the bulk of the collection, a kind of Family-Circus-by-way-of-Art Spiegelman riff that almost always stays on right side of the sweet/treacly divide.

These serve as light counterpoint to the much heavier material about Israeli politics and living in a conflict zone, with the special complications of being mistaken for an Arab by enraged and Islamophobic Israelis in the midst of social unrest, occupation, rocket attacks and the stabbing intifada.


Running through this very broad emotional spectrum are Hanukah's astounding illustrations, beautiful, grotesque, surreal -- pitiless portraits of Hanukah himself, sentimental drawings of his family, pictures of his history as a student in France, of the minutae of his daily life. These are extraordinary and quite unlike anything else in the field, with a jovial palette and an often serious or even wrenching subject. Hanukah's literary storytelling is good and sometimes great, but his ability to tell tales with visuals -- especially the full-page, wordless spreads -- is unparalleled.

(Images ganked with thanks from CBR)