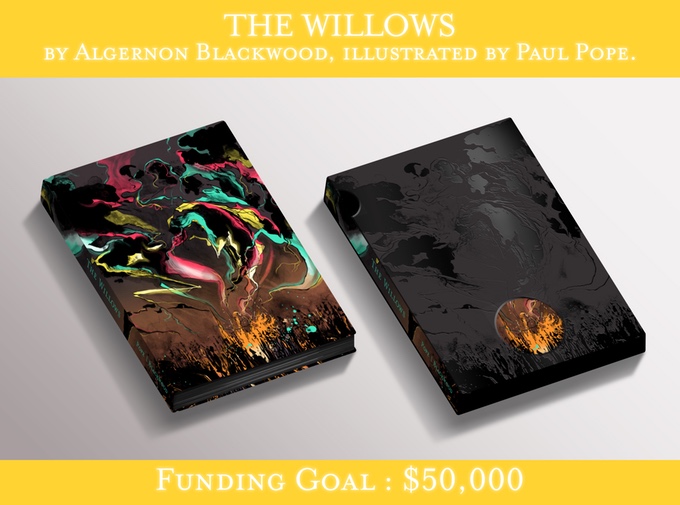 Zachary Zmith writes, "A Kickstarter is funding beautifully-designed and illustrated editions of classic stories, with illustrations from Paul Pope, Yuko Shimizu and Bill Sienkiewicz. They have already met their initial goal to fund a version of Algernon Blackwood's 'The Willows' with art by Paul Pope. If they reach $100k, Bill Sienkiewicz will illustrate H.G. Wells' vivisection classic."

$30 for a DRM-free ebook; $65 for a hardcover; $100 for a slipcase edition. Beehive Books, whose project this is, have done several successful, fulfilled kickstarters for other books, so they feel like a good bet for a crowdfunder.