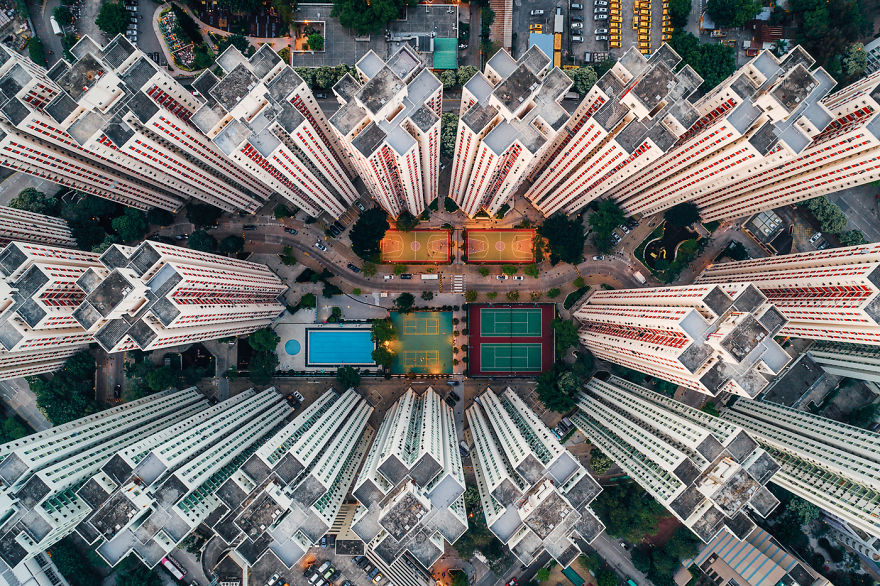 The Kowloon Walled City was once the densest place on Earth. Hundreds of houses stacked on top of each other enclosed in the center of the structure. Many didn’t have access to air or open space. This notorious city was finally demolished in 1990s. However, if you look hard enough, you will notice that the city is not dead. Part of it still exists in many of current high density housing apartments where the only view out the window is neighbor’s window. I hope this series can get people to think about claustrophobic living in Hong Kong from a new perspective.