The DEATH STAR, an armored weed grinder with enough power to grind weed 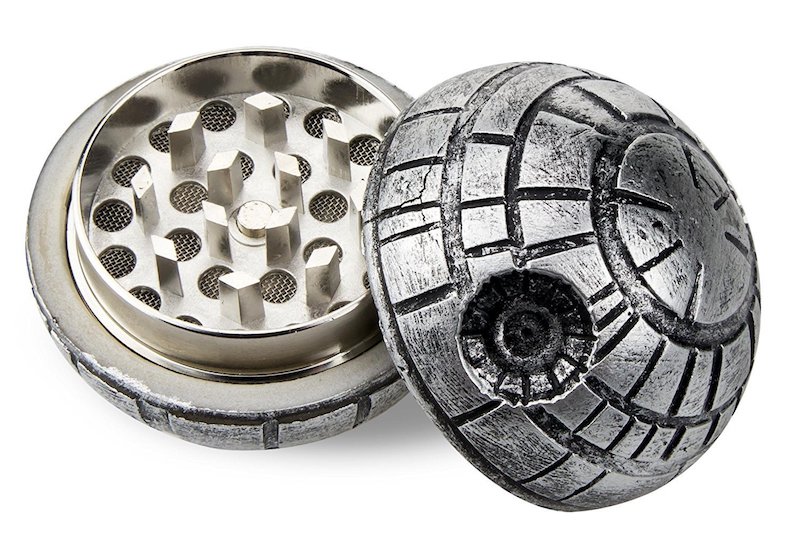 I could not resist a $9 Death Star weed grinder.

It looks like the Death Star and it grinds weed! Mission accomplished. I am not sure I will use it very often, but this grinder will sit next to the headpiece for the Staff of Ra in my living room. Its a cool knickknack for $9.

The 'heavy feeling' zinc alloy feels heavy. You have the choice of leaving a screen in and having the weed all sit in the grinder teeth, and kief falling in a holding cell -- OR you can remove the screen and have the weed all just fall together! Not a lot to this baby.

This item appears to be the same as more expensive variants of the Death Star grinder, down to the packaging. This version does not come with the cleaning tools that I doubt you'll really want.