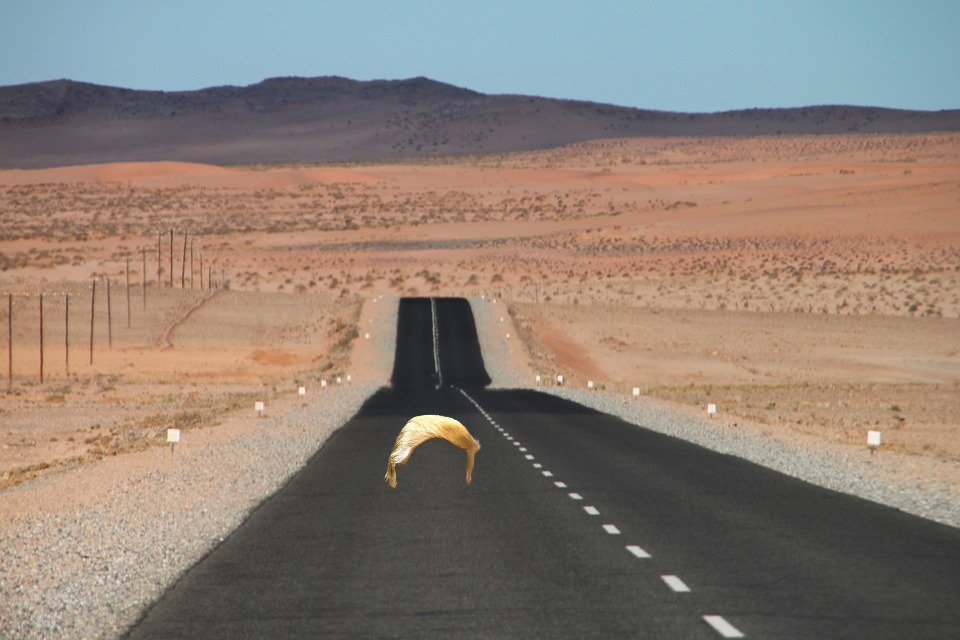 It's early days in the Trump trainwreck, but Rebecca Solnit's astonishing, beautiful, visceral essay "The Loneliness of Donald Trump" may well end up being the defining moment of the Trump presidency, in which Solnit uses the incisive wit that gave us the term "mansplaining" to explain Trump.

The American buffoon’s commands were disobeyed, his secrets leaked at such a rate his office resembled the fountains at Versailles or maybe just a sieve (this spring there was an extraordinary piece in the Washington Post with thirty anonymous sources), his agenda was undermined even by a minority party that was not supposed to have much in the way of power, the judiciary kept suspending his executive orders, and scandals erupted like boils and sores. Instead of the dictator of the little demimondes of beauty pageants, casinos, luxury condominiums, fake universities offering fake educations with real debt, fake reality tv in which he was master of the fake fate of others, an arbiter of all worth and meaning, he became fortune’s fool.

He is, as of this writing, the most mocked man in the world. After the women’s march on January 21st, people joked that he had been rejected by more women in one day than any man in history; he was mocked in newspapers, on television, in cartoons, was the butt of a million jokes, and his every tweet was instantly met with an onslaught of attacks and insults by ordinary citizens gleeful to be able to speak sharp truth to bloated power.