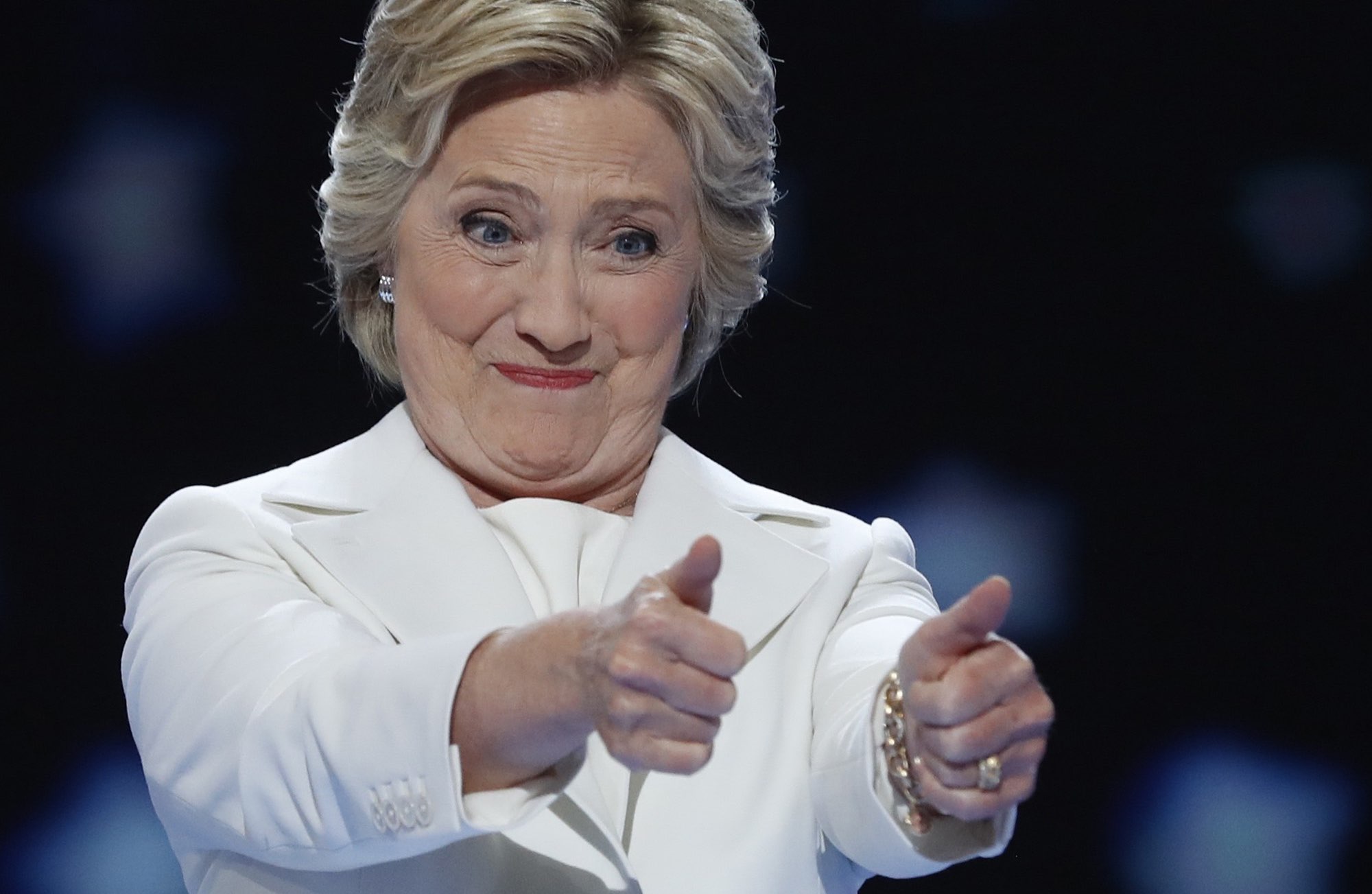 Hillary Clinton at the DNC in Philadelphia, 2016. REUTERS

No, she's not running for president again.

In an interview with Kara Swisher at the RECODE conference, Hillary Clinton was in full zero hecks given mode.

The 2016 U.S. presidential election popular vote winner also accuses Trump and his associates of participating in a massive disinformation conspiracy with Russia, Wikileaks, InfoWars, and their alt-right ilk.

HRC: critics said, "Oh there she goes, vast right wing conspiracy -- now it's a vast Russian conspiracy. Well, it turns out we were right."

.@HillaryClinton on DNC in 2016: "It was bankrupt. It was on the verge of insolvency. Its data was mediocre to poor, nonexistent, wrong."

At @Recode conf, Hillary Clinton makes the case that the DNC was far behind the RNC in money and data at the time of the 2016 general.

Clinton on DNC in 2016: "It was bankrupt. It was on the verge of insolvency. Its data was mediocre to poor, nonexistent, wrong."

Clinton says it's "a little maddening" when male politicians would get away with campaign tactics she couldn't.

Hillary Clinton says at Recode conference the email controversy was "the biggest nothing burger – ever.”

Hillary Clinton says about NYTimes coverage of her emails: "They covered it like it was Pearl Harbor."

Hillary Clinton on her Goldman Sachs speech: "I thought it was unfairly used.

Clinton says the “data operation” she inherited from the DNC was
“bankrupt,” on the verge of “insolvency” and at best "mediocre to poor."

Clinton says TV network execs are saying about Trump: “He may not be good for the country but he’s good for business."

Are you running again, by the way?

Hillary Clinton: "I also think I was the victim of the very broad assumption that I was going to win."

HRC: "Everything will change if we win in 2018…. I think flipping the House is certainly realistic."

"At some point, it sort of bleeds over into misogyny," says @HillaryClinton, looking back on campaign at a @Recode event in California today

Clinton, to Q about those who want her to go quietly: "I'm not goin' anywhere. I have a big stake in what happens in this country."

Hillary Clinton pretty tickled by #covfefe. Jokes: "You don’t have a high enough classification to know what covfefe means"

"I thought it was a hidden message to the Russians."