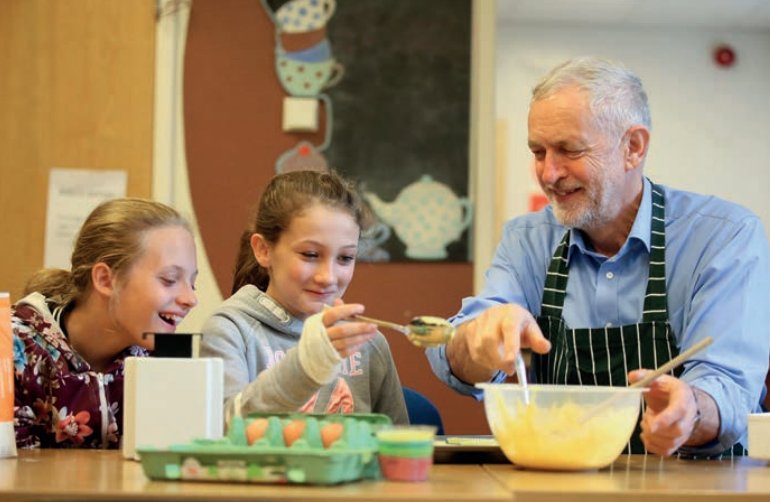 The 2017 UK Labour Manifesto has been hugely popular since it was leaked early last month, and young Britons registered to vote in droves after it got out. But what does it actually say?

By all means, read it. But also read Max Shanly and Ronana Burtenshaw's analysis for Jacobin, which sums it up nicely: "end the era of austerity and shape a new economic terrain, one that shifts wealth and power from capital to workers."

More importantly, read through to the end, where the authors point out that Prime Minister Corbyn couldn't make all this stuff — renationalising key industries, providing free education, taxing the rich and multinational corporations, and instituting key protections for workers — won't happen on their own. As anyone who watched Yes, Minister knows, the blob of powerful interests (represented by elite civil servants, party grandees, press barons and billionaires) have powerful tools for manipulating political outcomes.


If Corbyn takes power, he'll need our help to wield it: "The only way to see it implemented would be to organize for it outside of parliament, through social movements that demand its proposals, trade unions that fight for them in the workplace, and a revitalized Labour Party that becomes a vehicle for popular power at a local as well as national level."

The manifesto's offer is threefold: to nationalize key utilities whose privatization has driven up the cost of living; to overhaul the world of work, halting the race to the bottom in terms and conditions; and to build a social economy where the essentials necessary for living a dignified life — from education and housing to social care and welfare supports — are improved and, in many cases, made free to access.

Labour proposes to take rail, mail, energy, and the provision of water back into public ownership. It will increase the minimum wage to ten pounds per hour, scrap zero-hours contracts, ban unpaid internships, give workers' rights to the self-employed, and trade unions a right of access to the workplace.

Under a Labour government one million homes would be built, half of them publicly owned. Rent controls would be introduced. Tuition fees for university would be scrapped, there would be free child care for children over two, free school meals for every primary school child, and a national education service that invests £6.3 billion into improving schools. The National Health Service would be renationalized, driving out privateers, and its hospitals would no longer charge for parking. The elderly would have their pensions guaranteed with a triple lock and £2 billion would be invested in social care. Welfare cuts would be reversed.

To achieve this transformative social program, the manifesto returns to the old-time gospel of the labor and social-democratic tradition: redistribution of wealth. The £52.5 billion raised to pay for it will come from taxes on corporations and those earning over £80,000 per year, as well as proposals such as a campaign against tax avoidance and fraud, the "Robin Hood Tax" on financial institutions, and a levy on private school fees. The vast majority of British people would benefit from a program paid for by the top 5 percent. To the many, from the few.