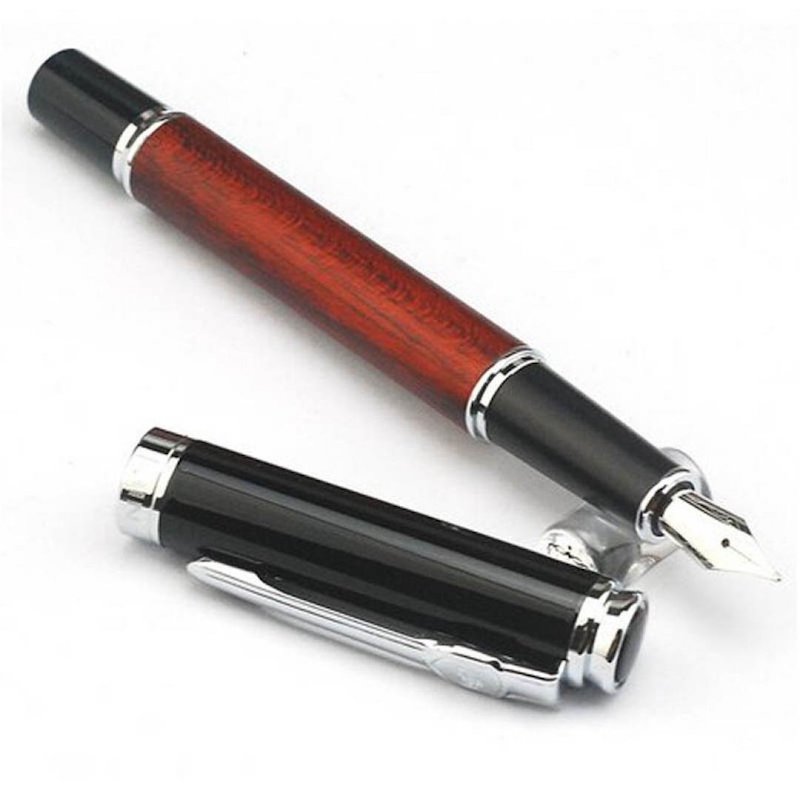 I'm surprised at how nice this EastVita fountain pen is! I expected very little. The seems well made, hasn't leaked, and puts ink on the page when so applied!

Yes, the wood is real.