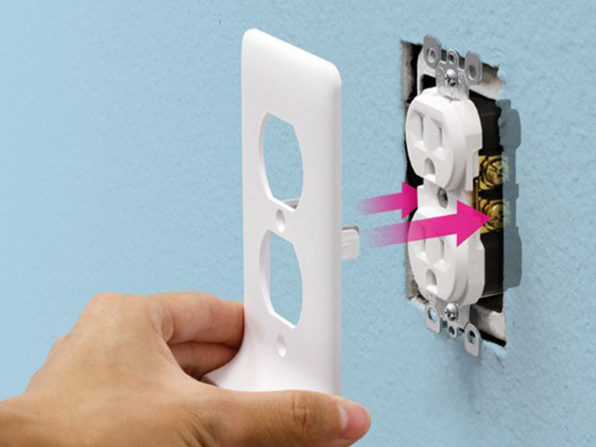 I'm intrigued by this cleverly designed USB charger faceplate for US/Canadian power receptacles: you unscrew your existing faceplate, insert this one into the receptable so that its USB charger leads make contact with the screws on the sides of the receptacle, and screw it back in, and in theory, you now have two power outlets and two USB charger outlets.

An important caveat: I haven't tried one (I just ordered one and I'll let you know how it performs). It could not work at all -- in theory, power receptacles are well-standardized, but who knows how much variance there is in practice? Without any kind of screw or other secure fitting, even a couple mm worth of off-tolerance shifting could stop this from working.

It has some positive reviews, and there's two designs, one of which has a holder for a cellphone or other device. At $17, there's not much risk here (apart from the distant possibility of a house-fire).

[Note from Mark: this item is available in the Boing Boing store]