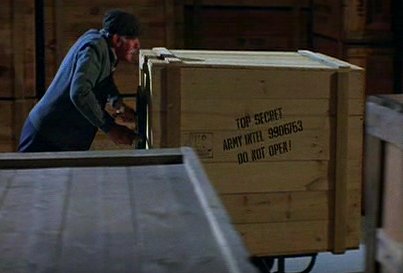 During today's briefings with the Director of National Intelligence, and the head of the National Security Agency, Senate Democrats Mark Warner and Kamala Harris started to wear a little thin on the non-answers. Republican McCain got in a zinger too.

Warner, along with several other senators, kept pressing and ultimately expressed frustration with the intelligence chiefs.

There are "reports, that nobody has laid to rest here, that the president of the United States has intervened directly in an ongoing FBI investigation and we've got no answers from any of you," Warner said.

The hearing was often contentious, particularly when Democratic senators questioned the intelligence officials.

"The chair is going to exercise its right to allow the witnesses to answer the question, and committee is on notice to provide witnesses the courtesy, which has not been extended all the way across," Burr said.

Republican John McCain of Arizona took a softer approach, drawing chuckles when he asked Coats, "Do you want to tell us any more about the Russian involvement in our election that we don't already know from reading The Washington Post?"

Coats did not offer any details, but said, "Just because it's in The Washington Post doesn't mean it's declassified."

The Senate Intelligence Committee is holding two days of closely watched hearings that might — or might not — shed new light on the state of the Russia investigation.

The president has repeatedly called for an end to inquiries into Russian election meddling in his public remarks. But Democratic senators, in particular, want to know what he's told intelligence officials in private discussions.

Spectre and Meltdown are a pair of chip-level security bugs that exploit something called "speculative execution," through which chips boost performance by making shrewd guesses about which computer operations are performed together.

A group of scientists from Intel and the University of Illinois at Urbana–Champaign have published a paper called Learning to See in the Dark detailing a powerful machine-learning based image processing technique that allows regular cameras to take super-sharp pictures in very low light, without long exposures or the kinds of graininess associated with low-light […]