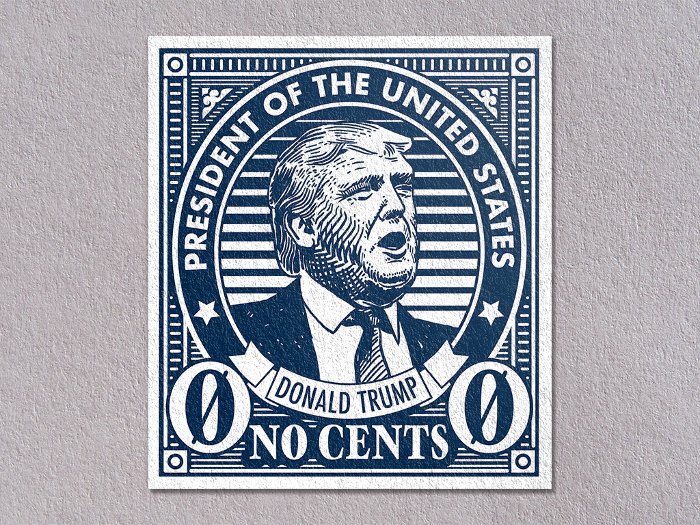 Ben Hannam designed these "decorative stamps" that you can put on your envelopes next to your actual postage to make a small, satisfying statement about 45's ineptitude. $16 for 56 self-adhesive stamps.