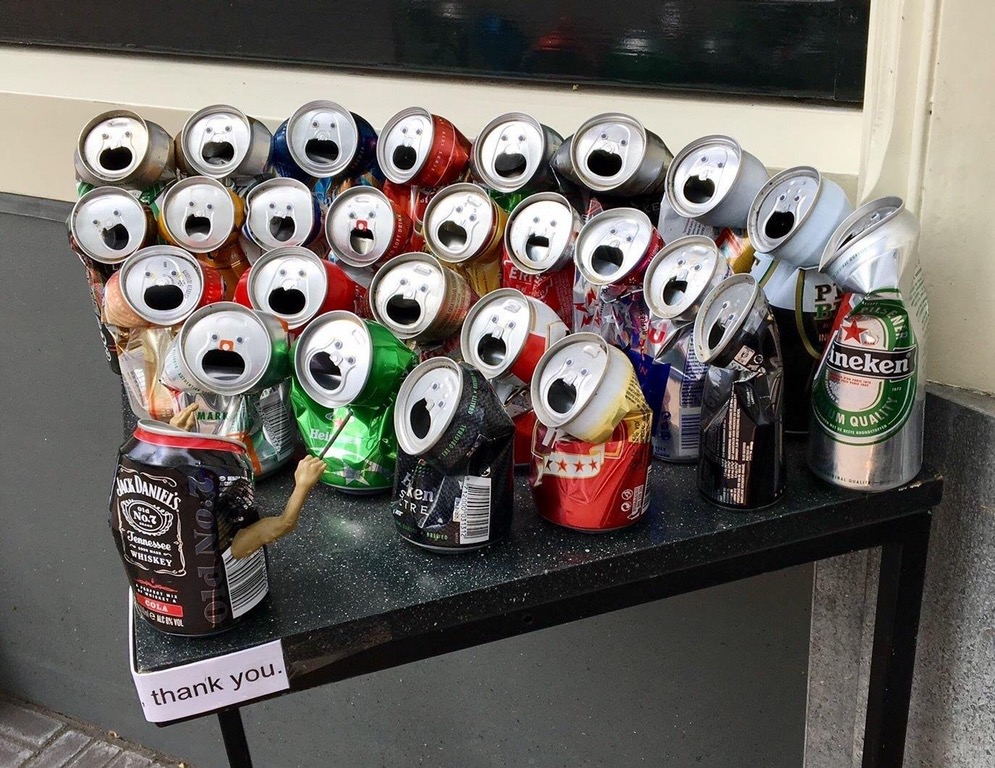 Blind kitten gets a new pair of (googly) eyes

No animals were harmed in the making of this video. “Vink is a 5-month-old kitten who is blind. He was found on the streets of Greece and thanks to ‘Athene Stray Kittens, he found his forever home with me. Vink is a very energetic, happy kitten who loves life! He also loves his crazy cat […]

An extremely funny prankster glued googly eyes to the statue of Revolutionary War commander Nathaniel Greene; the City of Savannah took to its Facebook page to insist that this was "not funny" but rather "vandalism" and saying that the police had been involved.

To make his fish look fresher, a Kuwaiti fishmonger glued googly eyes on his stock. The Kuwaiti Commerce Ministry reportedly forced him to close shop after a Facebook video showing the infraction went viral. As one Twitter user wrote, “Never judge the freshness of fish by the googliness of their eyes.” Truer words, truer words…