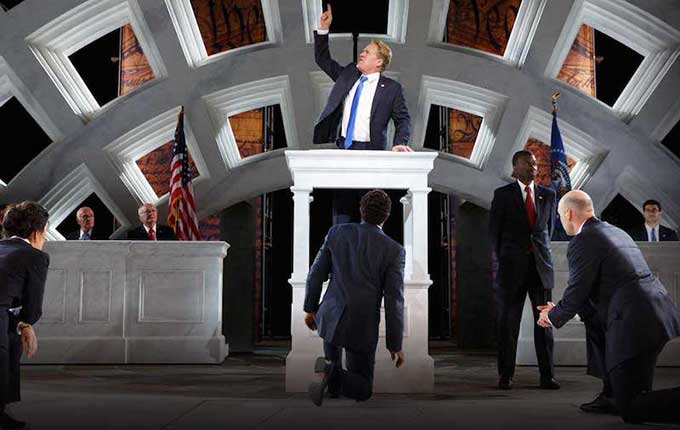 New York City's famous Shakespeare in the Park lost hundreds of thousands of dollars in funding from Delta Airlines and Bank of America after conservatives complained that Caesar character is modeled after Trump. In the play, Caesar is assassinated, .

While responding to customer complaints on Sunday, the airline tweeted, “No matter what your political stance may be, the graphic staging of Julius Caesar at this summer’s Free Shakespeare in the Park does not reflect Delta Air Lines’ values.” Delta continued, “Their artistic and creative direction crossed the line on the standards of good taste. We have notified them of our decision to end our sponsorship as the official airline of The Public Theater effective immediately.”

There was a reasonably well regarded Julius Caesar in 2012 featuring an Obama figure killed by Cantor and McConnell, and no one made a fuss. pic.twitter.com/804Yhy0neG