For sale: Single home spanning two countries with doorways to both 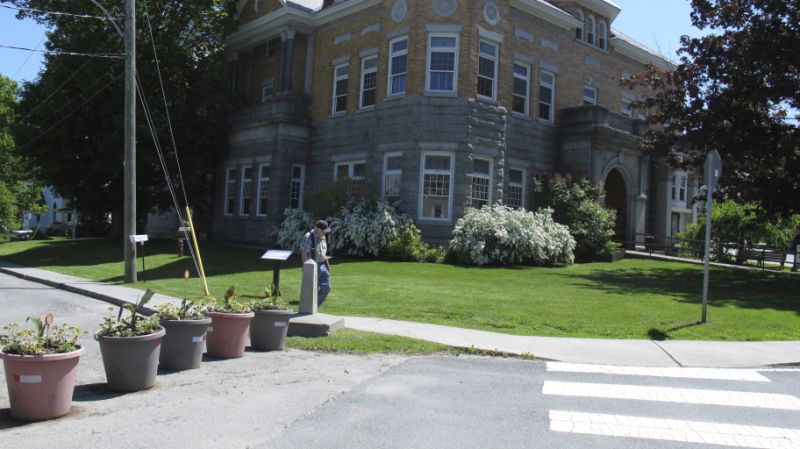 This apartment house spans Beebe Plain, Vermont in the United States and Stanstead, Quebec in Canada. The owners, who have dual citizenship, put the fixer-upper on the market for $109,000. There are entrances from both Canada and the United States. From the Associated Press:

Beebe Plain is a community in the Vermont town of Derby, which along with Stanstead, about 60 miles (96 kilometers) northeast of Montpelier, or 75 miles (120 kilometers) southeast of Montreal, have become the cliché of security changes on the U.S.-Canadian border brought on by the 9/11 attacks on the United States.


Residential streets that used to be open were blocked by gates. The back doors of an apartment building straddling the border in Derby Line village have been locked shut. The street next to the Haskell Free Library and Opera House, deliberately built in both countries, is blocked by flower pots, although Canadians are still allowed to walk to the library's U.S. entrance without going through a border post....

Troy Rabideau, the U.S. Customs and Border Protection assistant port director for the area that includes Beebe Plain, said the agents know who live there, but keeping track can be a challenge.


"It's always a fine line," Rabideau said. "We do the best we can to keep an eye on it. We do what we have to do, security first, but we also want the support of the locals."