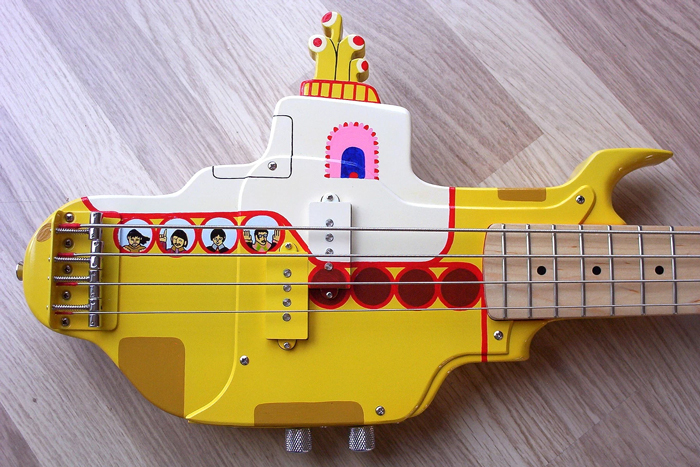 This gorgeous yellow beauty is the handiwork of The Painted Player Guitar Co., a crew of artists and luthiers located in the United Kingdom. This groovy bass guitar is, of course, based on the Beatles' 1968 animated feature, Yellow Submarine.

If custom guitars are your thing, be sure to take a look at their whole mind-blowing collection.

Even as something of a Beatlephile, I learned a few things reading this Rolling Stone article from 2018 about The Beatles' most "open-hearted masterpiece," Hey Jude. Cynthia and Julian thought "Hey Jude" was for them. John heard it as the ballad of John and Yoko. But neither side was wrong — countless people around the […]

LEGO is jumping on the mosaic art craze with the LEGO Art poster series, out this fall. Sets will include Andy Warhol portraits of Marilyn Monroe, The Beatles, Iron Man, and a Star Wars series of Sith Lords. The sets also come with collector's style booklets, and some include music options for listening while assembling. […]

How do you take a song that's already brooding and spooky, and turn it into something infinitaly creepier?