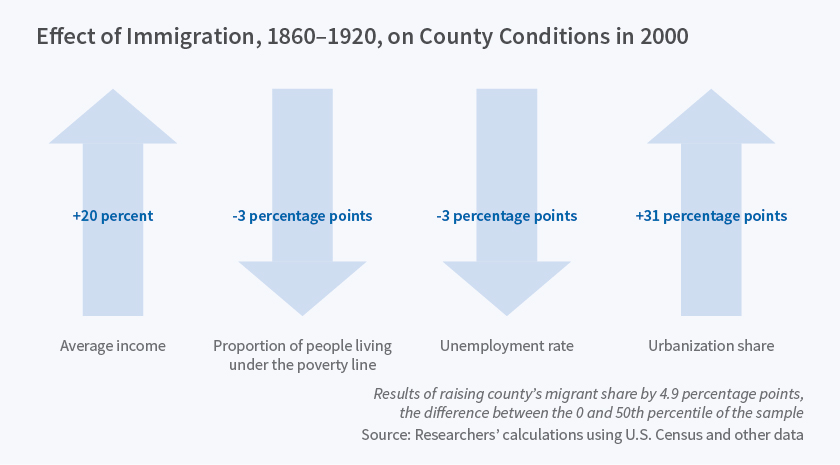 If you're an American who's lucky enough to live somewhere that received large influxes of immigrants during the "Age of Mass Migration" (1860 to 1920), congratulations! The immigrants who came to your territory brought along higher incomes, lower unemployment, higher levels of educational attainment -- and no reduction in social cohesion!

A central finding is that the economic benefits of immigration were significant and long-lasting: In 2000, average incomes were 20 percent higher in counties with median immigrant inflows relative to counties with no immigrant inflows, the proportion of people living in poverty was 3 percentage points lower, the unemployment rate was 3 percentage points lower, the urbanization rate was 31 percentage points higher, and education attainment was higher as well. The researchers do not find any cost of immigration in terms of social cohesion. Counties with more immigrant settlement during the Age of Mass Migration today have levels of social capital, civic participation, and crime that are similar to those of regions that received fewer immigrants.