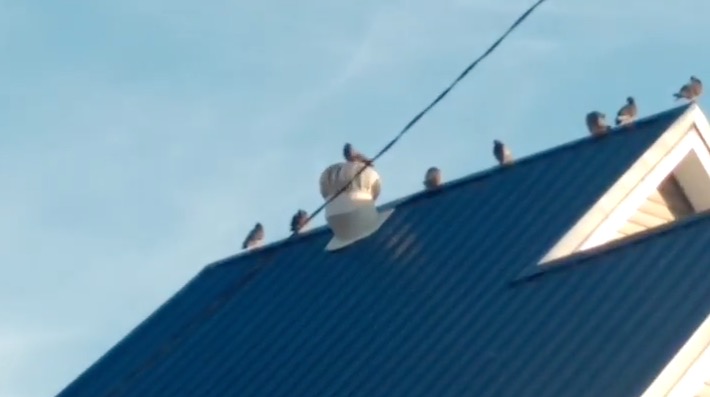 I like to imagine that the other pigeons on the roof are waiting for their turn on this spinning rooftop vent.