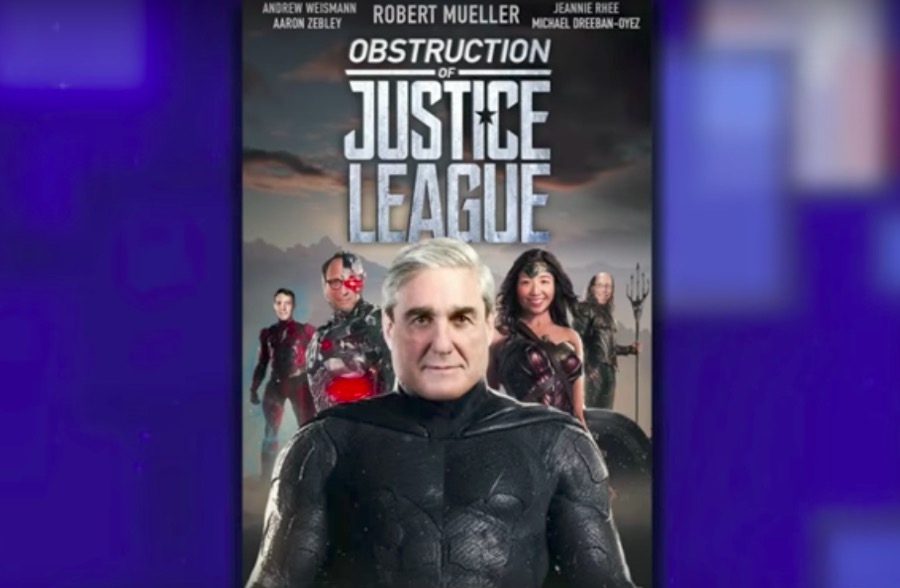 “[He’s] putting together The Flash, Green Lantern and Wonder Woman to create the Obstruction of Justice League.”

The gag is about 2 minutes in.