"Purposeful objects that solve their own problems" 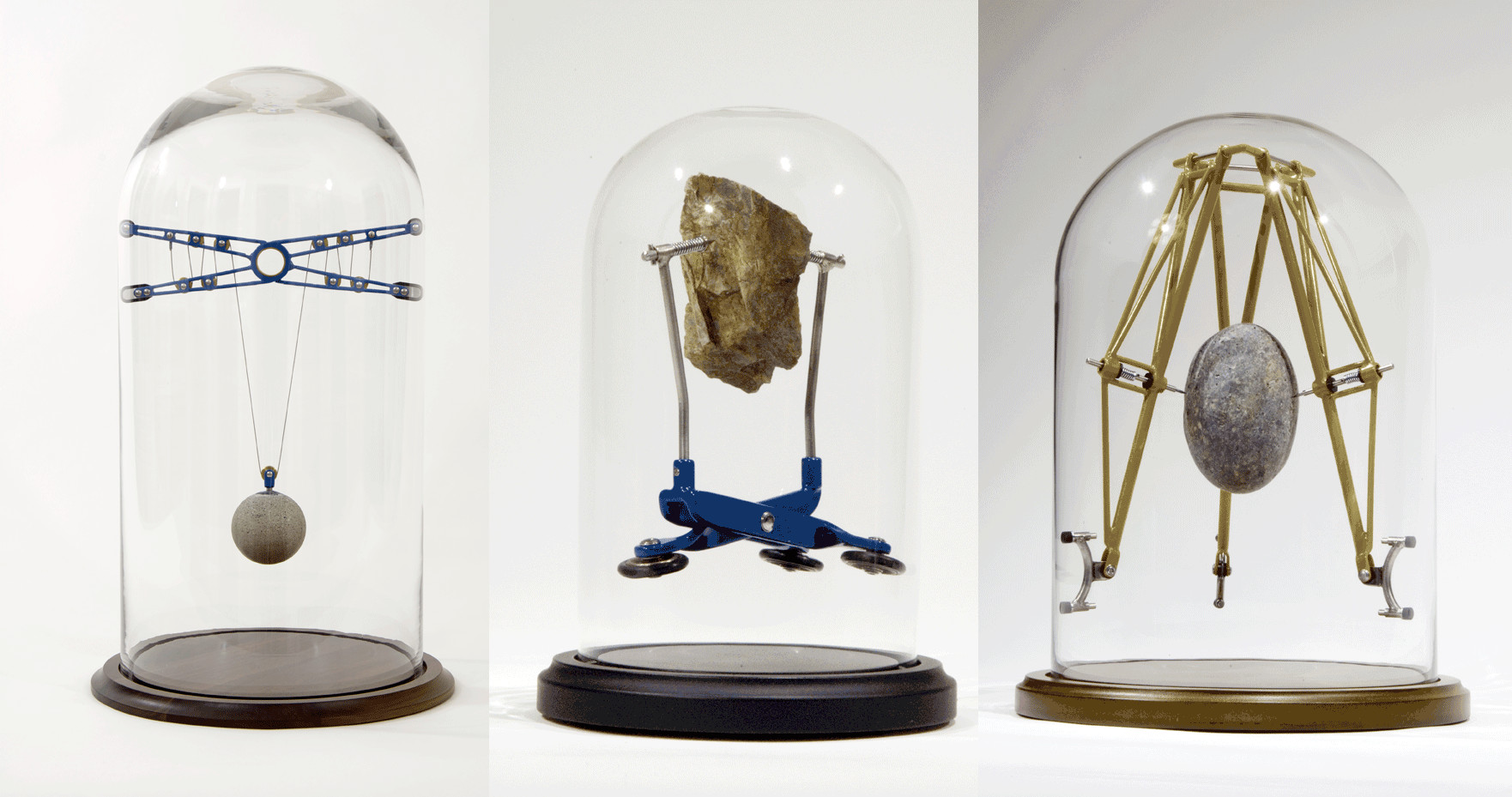 Dan Grayber's Cavity Mechanism series of sculptures are a hymn to "purposeful objects that solve their own problems," in which gravity acts upon systems of pulleys and scaffolds and wires to suspend weighty rocks in motionless perfection under glass domes.

They're like bonsai versions of Zachary Coffin's Temple of Gravity pieces,

Each sculpture in his Cavity Mechanism series is designed around a self-resolving problem. “The idea…came about from my thinking about inventions, and objects that exist in our everyday life,” Grayber explains. “These objects all around us are all resolutions to pre-existing problems. They are designed to address a specific need that predates, and exists apart from, the invention. I was interested in creating very purposeful objects that, basically, solved their own problems — they hold themselves up.”

Sometimes the dome itself inspires the work, other times he’ll have a particular concept in mind that he’s interested in exploring. From there, Grayber develops the idea in his sketchbook using pencil, rulers, and a compass (though he’ll use CAD software to work on more complex geometries).