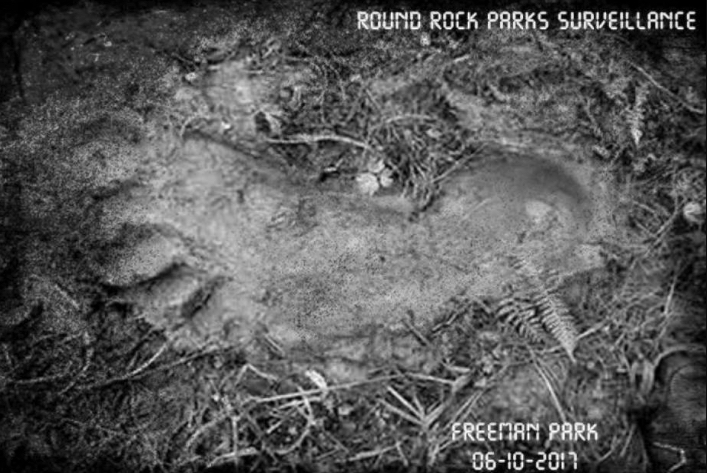 The Round Rock Parks and Recreation Department posted images of mysterious large footprints reportedly spotted at parks and trails just north of Austin, Texas. Is this Bigfoot or a marketing stunt?

"I'm leaning towards not real at least on the top one," area Bigfoot researcher Russell Miller told the Houston Chronicle. "Too narrow at the instep."

And, of course, if the "surveillance" camera was capable of capturing the footprints, why didn't it get a shot of the (ahem) "cryptid" that made them?

Our Park Ranger surveillance has captured strange footprints at various parks & trails in the area. If you find these,...

Posted by Round Rock Parks and Recreation Department on Saturday, June 10, 2017