How to discourage removal of political lawn signs: coat with glitter and vaseline 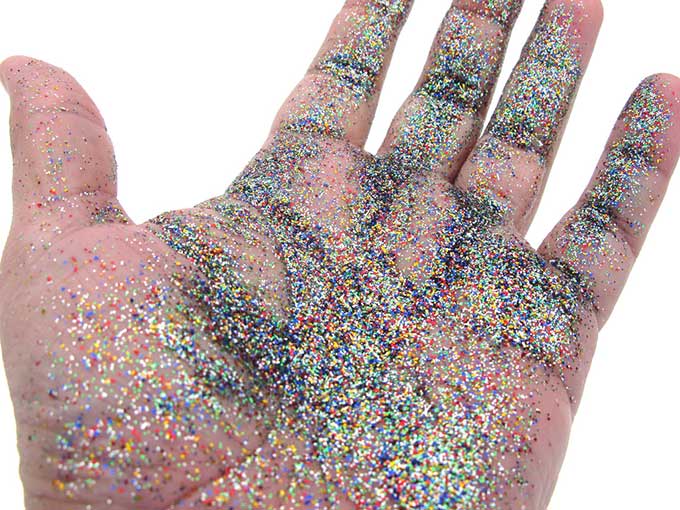 The Nation reports that people who try to steal yard signs for Democratic Congress candidate Jon Ossoff find themselves being covered in a mixture of glitter and vaseline. The sign-takers started to burn the signs instead, so the sign-owners attached American flags to the signs.

Then there’s the women-led Pave It Blue, which is more Yippie than yuppie (though not many are old enough to know what that means). They describe themselves as “ninjas.” They dress up like dinosours and make Ossoff signs that “glitter bomb” (the signs are bordered in Vaseline with clear glitter, so people who attempt to remove them find themselves coated in Vaseline and glitter). It’s a brilliantly defensive move: Sign removal has been a problem in this traditionally red district. And when their Ossoff signs began being set on fire, they started attaching American flags to them, since conservatives believe flag-burning should be illegal.

As one Twitter user commented: "The flag things reminds me of Fumi-e. To keep Christians out of Japan, people disembarking ships would have to step on religious images."

Jordan Reeves, 13, was born with a left arm that doesn’t extend past her elbow. Last year, Jordan dreamt up a curious prosthetic arm that resembles a unicorn horn and shoots glitter out of its tip. Then, working with her prosthetist and technical designers at Autodesk, she designed and built the magical contraption. “I wanted […]

Clitter is glitter of sparkly vulvas, boobs and ovaries

Los Angeles-based artist Veronica Moonhill thought it was crazy that she and her girlfriends were celebrating dicks at her bachelorette party. She writes: There we were, a bunch of fabulous women speaking our truths and drinking wine, when I looked up and realized we were surrounded by dicks: penis straws, penis lollipops, pin the junk […]