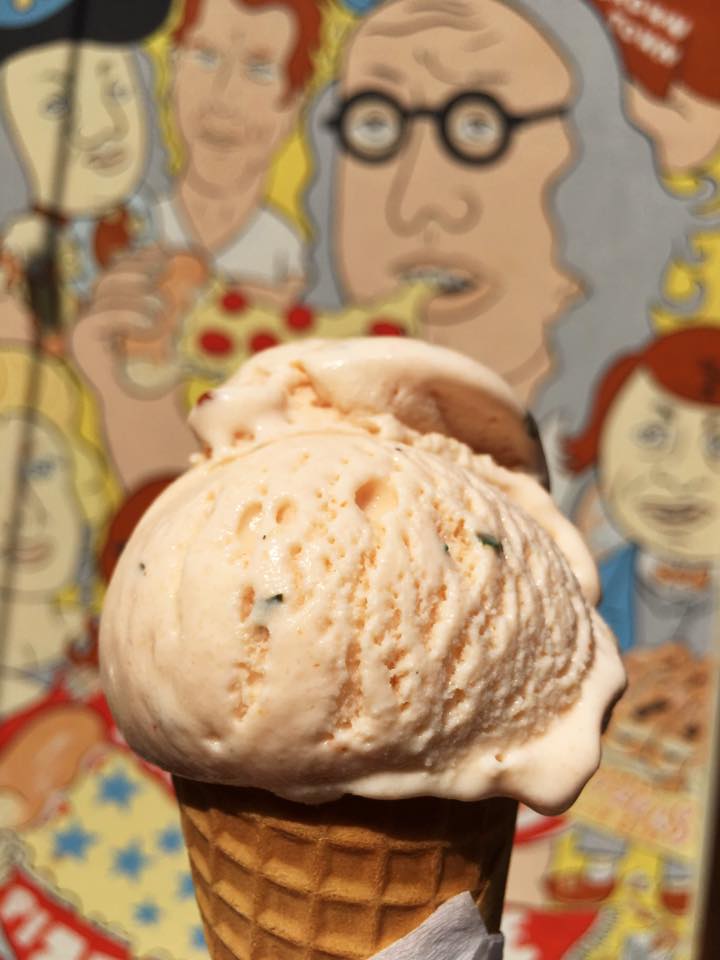 Little Baby's Ice Cream in Philadelphia is known for their oddly-flavored ice cream (and, their bizarro ads) but they've outdone themselves with their latest icy offering. Since mid-June, the frozen dessert purveyor has been serving up PIZZA ICE CREAM. What makes it pizza-y? Tomato, basil, oregano, salt and garlic. For some people, that just isn't enough pizza pie, so they've taken upon themselves to plop a scoop on top of a hot slice of pizza.