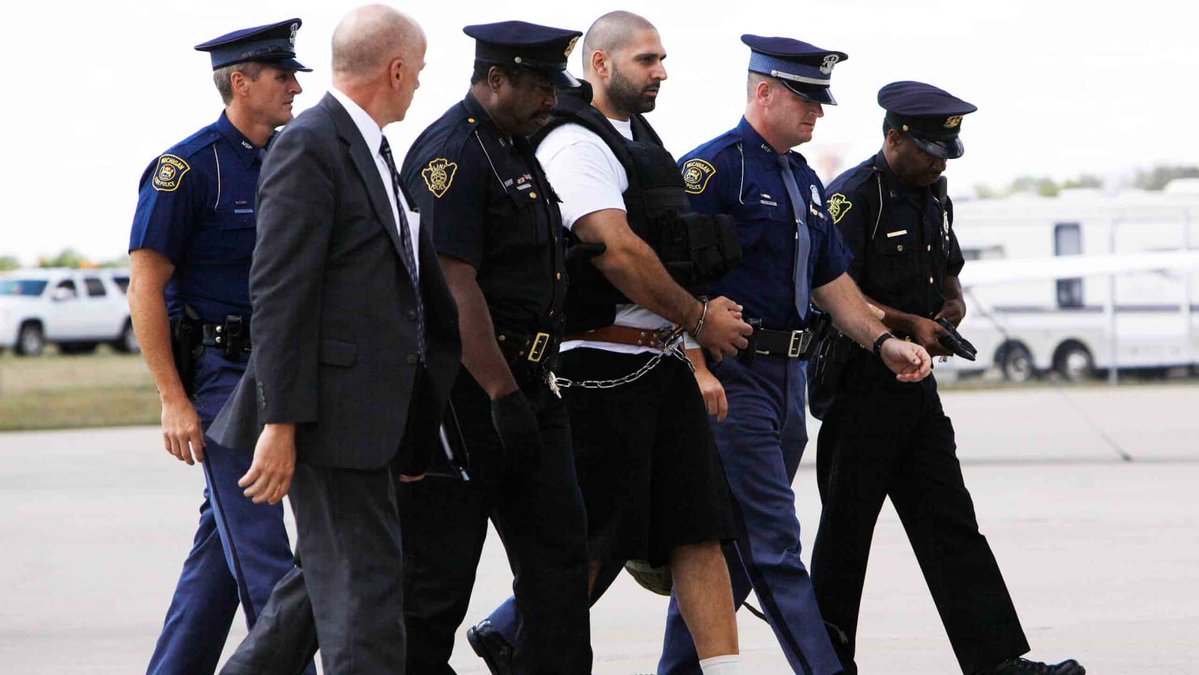 A police officer was stabbed in the neck today by a man at Bishop Int'l. Airport in Flint, Michigan. The FBI says the attack is now being investigated as an act of terrorism, and that while it's early in the investigation, they view the suspect "as a lone wolf attacker."

FBI special agent David Gelios says Canadian citizen Amor R. Ftouhi, 50, stabbed Lt. Jeff Neville in the neck and shouted “Allahu Akbar” as he said something about the U.S.-led wars in Iraq, Afghanistan and Syria. There is no evidence the attack is part of a larger plot, said Gelios, and Mr. Ftouhi has been interviewed by the FBI and is cooperating.

As we wait to learn more about the incident at Bishop Airport, please keep the attacked officer in your thoughts & prayers.

Lt. Jeff Neville fought the attacker until subdued. The officer is said to be in satisfactory condition after surgery.

The airport was shut down for several hours as investigators combed the crime scene.

Justin Marshall, 36, was flying from Atlanta on Delta Airlines to Bishop International Airport when the flight attendant told passengers that an incident had occurred and they wouldn’t be allowed to land right away. “We circled the airport for 20 minutes,” he said in a phone interview.

“They didn’t tell us right away what happened.” Marshall, who lives about one hour north from Flint, was then told that his plane would still have to circle the airport for another 15 minutes. “A flight attendant said on the PA system that an individual had forced their way to a secure area of the airport,” he said. “We didn’t know a police officer had been stabbed until other passengers managed to go online.”

In a statement, the FBI says the suspect "is currently being questioned by law enforcement officers."

FBI says it's investigating stabbing of officer at a Michigan airport as "act of terrorism" https://t.co/gkpdtHhkxs https://t.co/tVlWjyF1xF

BREAKING: FBI says it is investigating stabbing of officer at Michigan airport "as an act of terrorism." https://t.co/LbfNcc1k3J