Man can't wear shorts to work on hot day, so he abides by women's dress code instead 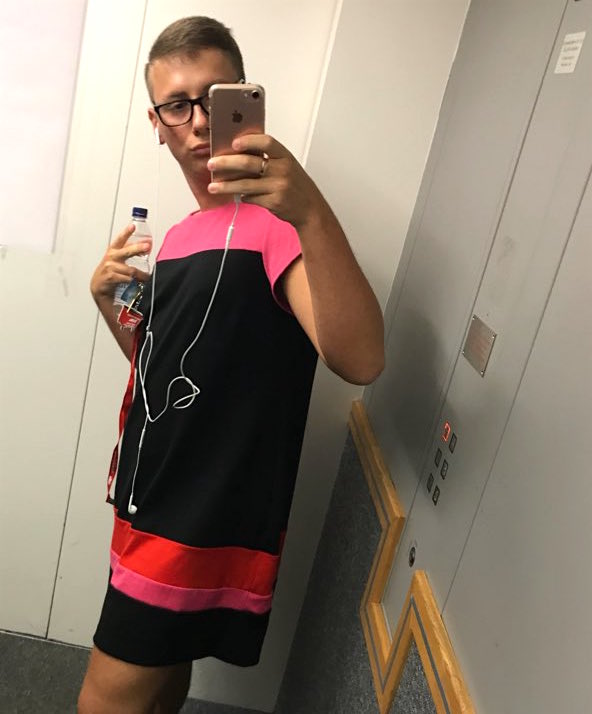 It was a scorching hot day in Buckinghamshire, UK when 20-year-old Joey Barge decided to wear a respectable navy pair of shorts to work. He knew he was pushing it, though, and tweeted this:

If women can wear skirts/dresses at work can I wear smart shorts like so? pic.twitter.com/UD0AQ6ZCbP

Shortly after the tweet he was sent home for going against the company's dress code, and was told to change before returning to work. Outraged, he went home and dressed in proper work attire – proper for women, that is.

Barge thought his company would bounce him back home again, but instead they questioned the color of his dress, and said he could change back into his shorts. Looks like his protest had a happy ending for every sweat-laden employee at the office. But on this particular day, Barge decided to remain in the dress.

We are to understand that “both the body and head of the costume show substantial breakdown to the foam latex elements.” Leonardo’s (Mark Caso) costume from Stuart Gilard’s family adventure sequel Teenage Mutant Ninja Turtles III. When their friend April O’Neil (Paige Turco) was magically transported back in time to 17th century Japan, Leonardo and […]