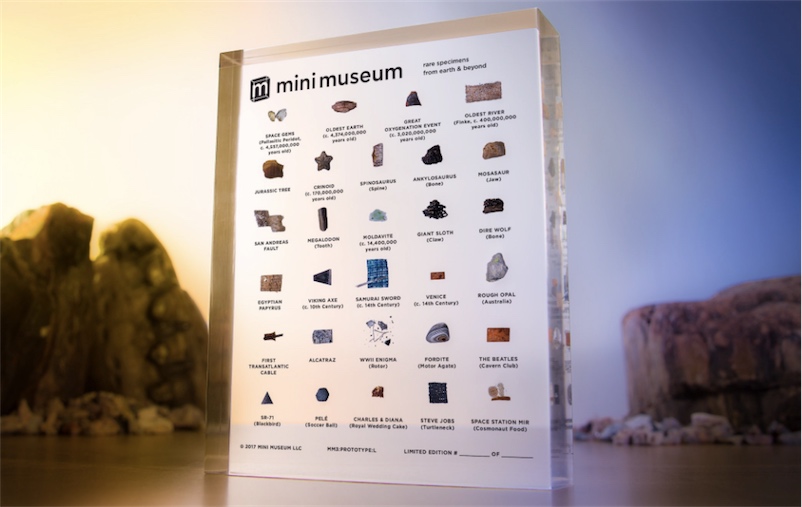 The Mini Museum is a small, self-contained cabinet of curiosity in a lucite box. This third edition contains such wonders as a Spinosaurus bone, rotor from a WWII Enigma machine, sliver of one of Pelé's soccer balls, and a tiny swatch from Steve Jobs' turtleneck. It's $300 (or $129 for a smaller collection). Maybe the next edition will come with Madonna's pap smear! Creator Hans Fex writes:

In 1977, my father was a research scientist and a Director at the National Institutes of Health. Growing up, we had a subscription to every great science magazine - and living near Washington DC we visited the Smithsonian museums and saw dinosaur bones, meteorites, and rockets almost every weekend. My father kept an amazing collection of artifacts at his lab and also at home.


After a trip to Malta, he returned with some artifacts which he embedded into epoxy resin. I had never seen this done before and it was beautiful.


Then, all at once, I saw it... A grand collection within a manageable space that I could share with others.