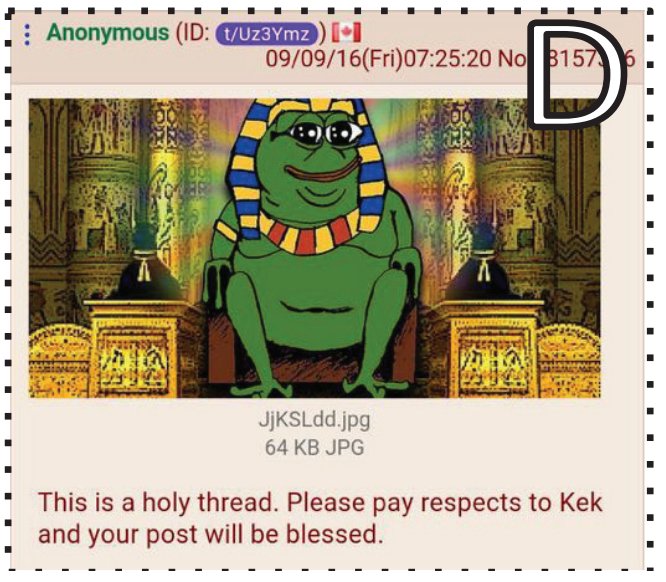 In a proceedings paper presented at a Association for the Advancement of Artificial Intelligence social media conference, a team of British, Italian, and Cypriot academics who worked with a Telefonica researcher presented their work analyzing 8,000,000 comments from 4chan's "politically incorrect" (AKA /pol/) boards, a hive of alt-right racism and hate.

The researchers attempted to quantify the effects that /pol/'s "raids" had on the discourse in mainstream political discourse, tracing the flows of news and talking points from /pol/ to and from Facebook, Twitter and Youtube.

Here, we studied whether, once an event happens on one Internet platform (say, a hyperlink to a piece of news), the same event happens on another platform. It will be the exact same news link being posted on /pol/ that then makes its way to Twitter, let's say. We use a mathematical technique called 'Hawkes-process modelling', in which we can say with reasonable confidence that a particular event actually is related to the previous one that happened.


So we did this study, the first of its kind in tracing links between services. The idea here is that there has been quite some work on studying fake and alternative news. People look at how alternative news spreads on Twitter, for example; how people reshare it. But these services do not live in a vacuum — they're part of the greater web. These places where alternative news stories are posted and they talk about them and they make up these crazy conspiracies and all of that: we wanted to understand whether this actually has an impact on the wider web.