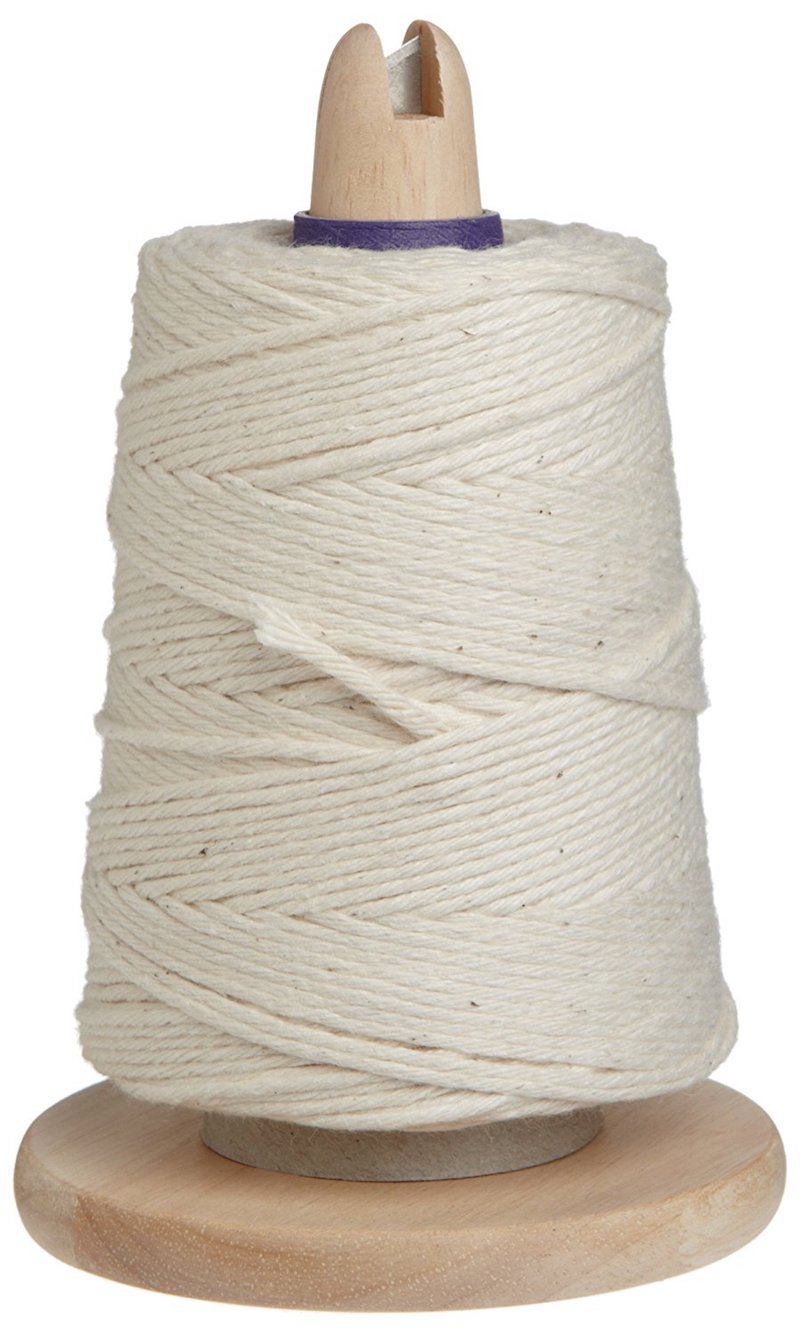 This stand stops my spool of kitchen twine from rolling off the counter.

Years ago I bought a loose spool of kitchen twine. My cat constantly knocks it off the counter. I finally finished that spool, and replaced it with this spool on a stand!

Seriously a spool of thread lasts so long that I want a stand for it. I like to keep it on the counter, and not in a drawer. I do not like it on the floor. I don't like it rolling around.

Thoughtfully, this stand even has a string cutter on top!