Who Americans spend their time with 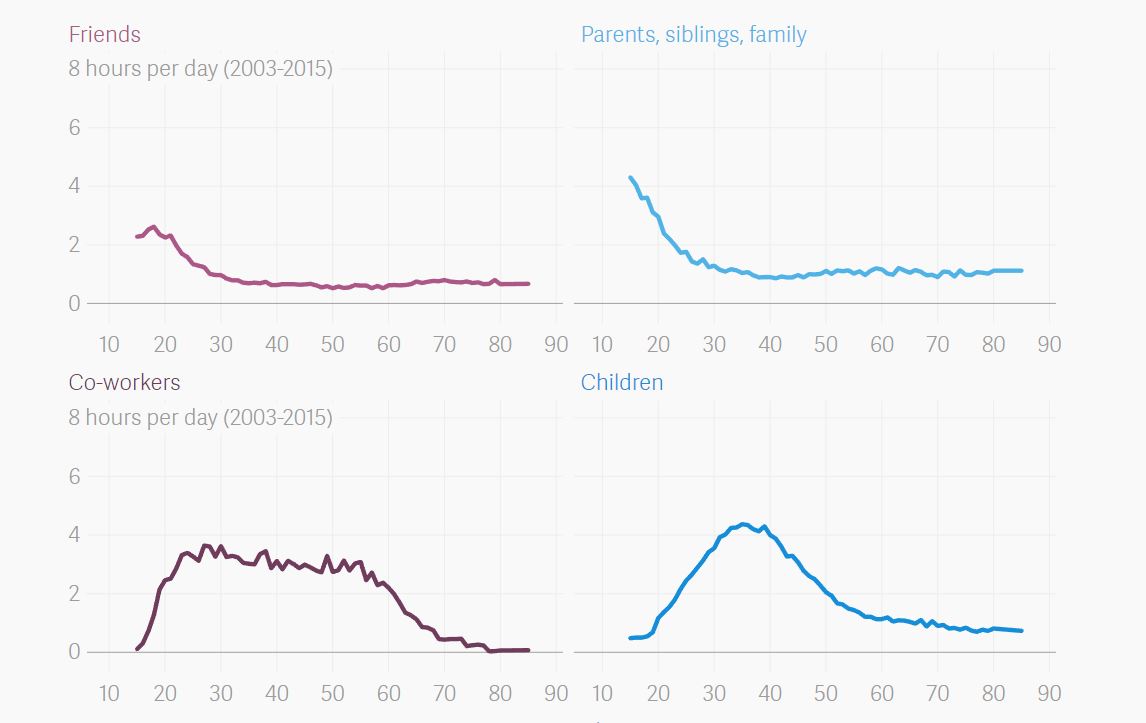 Dan Kopf's Who Americans spend their time with is a chart—six of them—that show the number of hours a day people spend with n over the course of their lives. Together they tell a story. The sixth is a gut-punch. But not, perhaps, if you're introverted.

I have been learning to draw with this set of affordable colored pencils! With the help of YouTube and this set of colored pencils, I am trying once again to draw a monkey that doesn’t end up looking like a penis. Thats just how they look to me, but I swear its a monkey. I […]