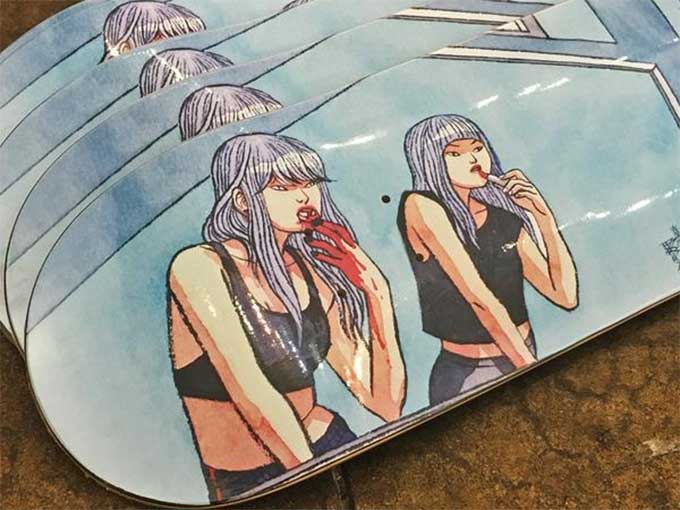 Check out this rad skate deck illustrated by Hellen Jo. She lives in LA and makes bad-ass comic books and zines. LA Weekly stated that “Her zines show teenage girls in everyday scenes (like chilling at the skate park) but also in more violent settings.” The illustration on the deck is from one of Hellen's zines. “The scene comes from Frontier #2, a work filled with 32 full-color pages of troublemaking youths unleashed on the world.”

A Florida minor was charged Friday with 30 felonies relating to last month’s Twitter “hack” that got top Twitter accounts blurting out a crude bitcoin scam. Hillsborough State Attorney Andrew Warren filed 30 felony charges against the teen this week for “scamming people across America” in connection with the Twitter hack that happened on July […]